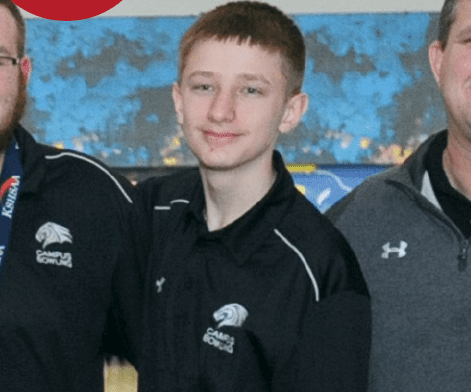 Ethan, who just finished his sophomore year at Campus, was a part of the Class 6A state championship team. After spending most of the season on junior varsity, Ethan made the move up to varsity right before postseason play. His scores remained remarkably consistent after moving up, having six games of 160 or better, including a season-best 221 on Feb. 13. At state, Ethan bowled a 510 series and had a second-game score of 204. He finished overall in 34th place at state.