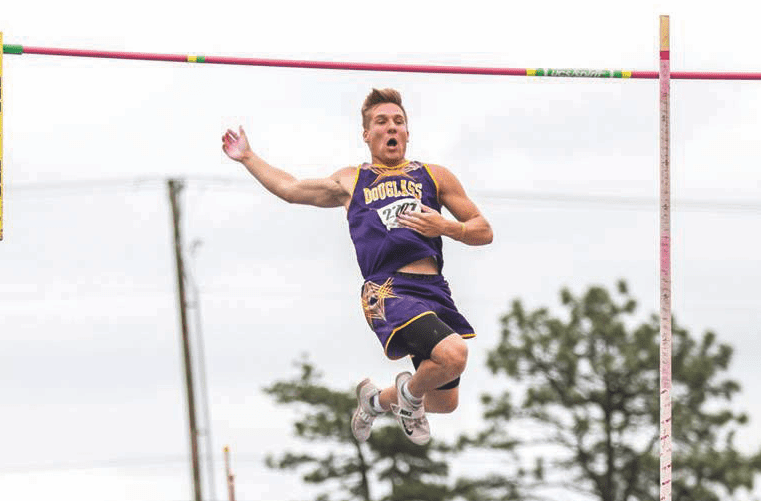 When owner Tyler Knight was in high school at Rose Hill, he enjoyed competing in the pole vault.

He enjoyed it so much that he opted to attend, when he could, a Kansas City-area pole-vaulting gym, Xtreme Athletics.

Knight, who began pole vaulting because he wanted to be a decathlete, saw what spending time at Xtreme Athletics did. It improved him to the point where he was soon clearing 13 feet, 6 inches, a 9-inch improvement, after a couple weeks.

Knight, who attended Butler Community College, Kansas State and Wichita State and cleared 17-0 ¾ at WSU, also knows well the amount of talented pole vaulters in and around Wichita. Eight of the 12 state champions live within 90 minutes of Wichita.

Those talented vaulters, as well as those with a rising interest, can now attend Wichita Vault Academy, which opened its doors in April.

The 10,000-square-foot academy is located in southwestern Wichita, at 2547 South Sheridan Street, and 8,000 of that is turfed. It is open Sundays, Mondays and Wednesdays at 6 p.m., but can be rented at other times.

“There is access to all the facility at any time,” Knight said.

Among the academy’s clientele is Class 3A state runner-up Kolby Caster, and 4A state qualifier Chase Milledge, who hails from Mulvane.

This is just the beginning for the academy, as Knight said they hoped to open hitting and pitching tunnels to support Softball and Baseball soon.

Patrons can get a single club session for $30, five club sessions for $100, or monthly memberships for $150. Group training is available as well. Private and semi-private sessions are also available. Pole rental will be available in the fall.