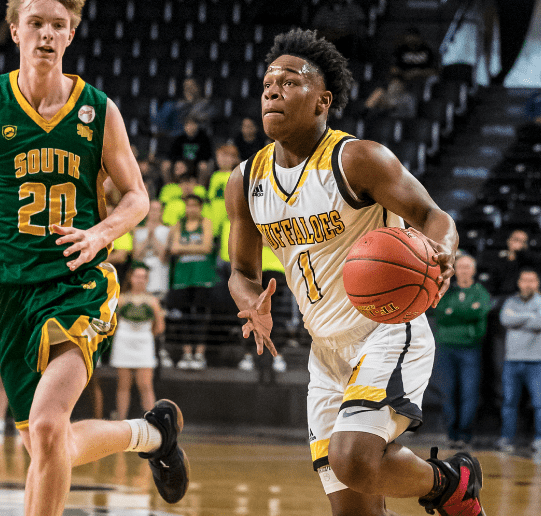 Wichita Heights sophomore Zyanna Walker is the most heavily recruited girls basketball player in the area.

She has 16 offers from schools ranging from the Big 12, Big Ten, ACC, Pac 12, SEC and the American. She has visited four Big 12 schools.

“It’s been really exciting,” said Walker, who got her first offer when she was an eighth grader at Stucky Middle School. “All my work that I put in is really paying off.”

Walker, who helped lead the Falcons to the Class 5A tournament in March, hasn’t released what schools have offered her.

“My parents don’t want me to lose focus on getting better,” she said.

Walker is an excellent ballhandler and scorer. She can get to the rim and finish, while also hitting midrange jumpers and hit from the perimeter.

“My shot has gotten a lot better,” she said. “It was OK, but now I’m really knocking it down consistently.”

Interest in Wichita Southeast junior Jackie Johnson, a point guard, has picked up from larger Division I schools.

He has one offer from Eastern Washington, which he got towards the end of his sophomore year.

Johnson, who helped lead the Buffaloes to third place in Class 6A in March, has an all-around game. He can shoot the three consistently, has an incredibly quick first step, can take over the game by dominating from the guard position and distributes the ball well.

He said he has heard from SMU, Oklahoma, Wake Forest, Cincinnati and Creighton.

“I enjoy it,” Johnson said of the recruiting process. “I just love the game, and I’ll do whatever it takes to get to the top.” 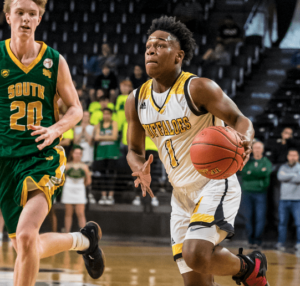 Kapaun Mount Carmel junior Ella Anciaux, who is 6-foot-4, has called this portion of the basketball recruiting process a “lot of exploration.”

“I’ve worked with my parents a lot about what’s important for me, figuring out what’s important to me in a university,” she said. “It’s been a lot of talking to coaches…. We’ve done a good job of keeping it a relaxed process. I want to keep it fun. I don’t want it to be something that stresses me out.”

She has two offers and has no problem sharing them, but she doesn’t want them broadcast.

“It’s more for something for me,” Anciaux said. “I never liked how people would tweet their offers. I thought it was kind of unnecessary, and I didn’t want to be a part of it.”

Anciaux has worked to improve her game away from the basket.

“I’m working on developing better ballhandling skills and an outside shot,” she said. “I want a back-to-the-basket game and a face-up game. I’m already to the point where I can do both, but there’s always room to improve. For recruiting, I want to be recruited as a stretch 4-type player.”

Eisenhower sophomore Kyla Frenchers, a guard, picked up offers from Texas-Rio Grande Valley and Pittsburg State, and said she’s been talking to Division I college coaches.

“It’s very exciting,” Frenchers said. “Very unexpected. It makes you feel like you did something right. When you think about it, with their season coming up, they could be offering 2020s, and they offer a sophomore. It’s pretty cool.”

Frenchers noted her GPA of a 4.0 — weighted at 4.6 — and other intangibles as the reasons coaches have contacted her.

“I am undersized, so there’s got to be something to put you above others.”

Frenchers said she broke the Eisenhower steals and assist record as a freshman. She plans to reset those records this year.

“I’d been playing phone take with the coaches, and when I got some time to talk to them, they said they’d love to have me play for them,” said Conn, a 6-foot-6, 280-pound offensive lineman. “It is exciting. I’m beyond blessed that I have the athletic ability to be able to continue my playing career.”

“From sophomore to junior year, I got stronger, faster, knew what I needed to be doing and what I needed to work on,” he said. “I’ve been paying attention to what the coaches tell me to do. “They said I had the potential but it was up to me. The way I interpreted it is that I’d have to work really hard — it wouldn’t just fall in your lap.”