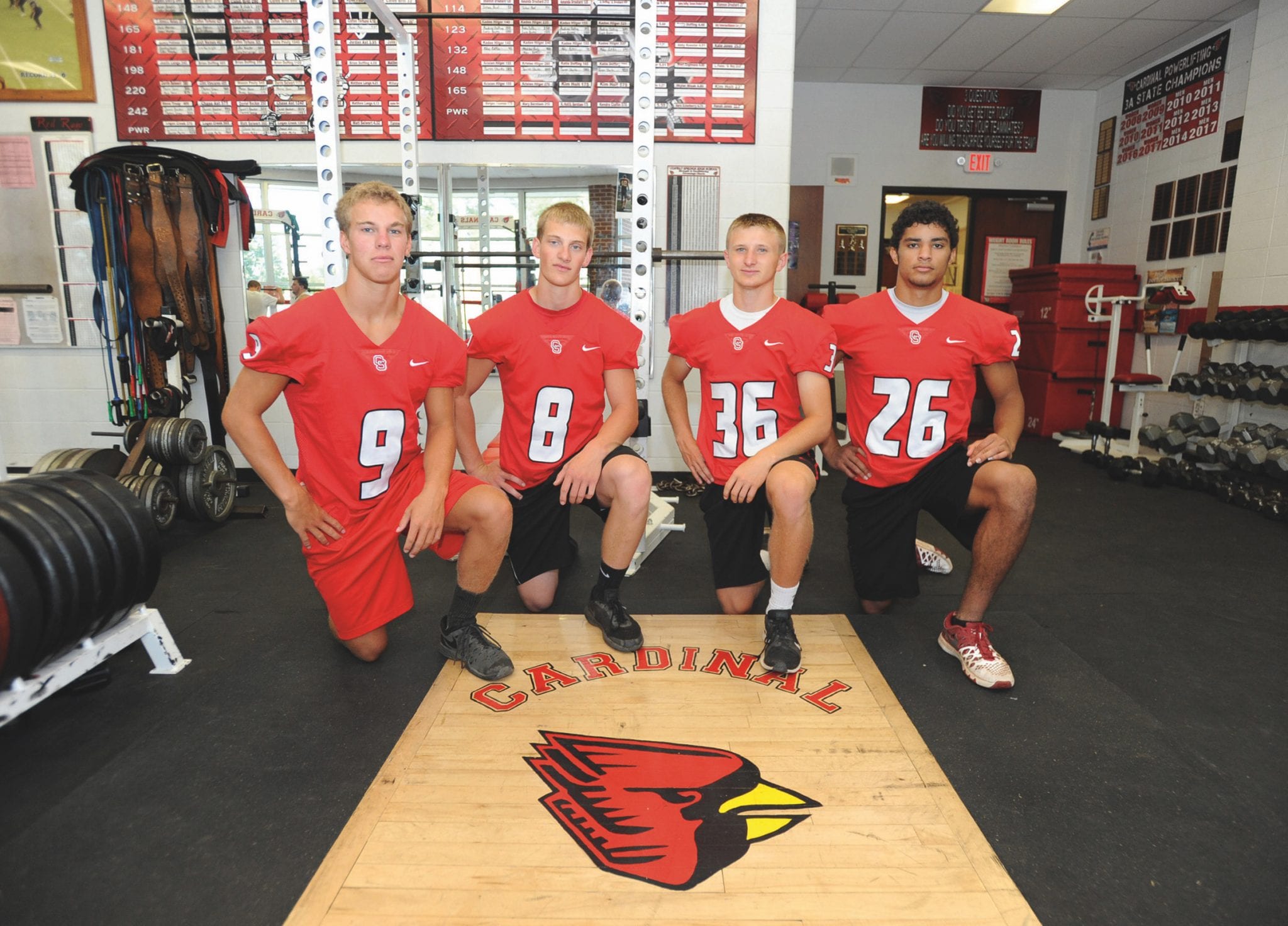 “On the Defensive” – Conway Springs’ defense was robust last year, could be better this year

Much of the reason for that defensive domination was a secondary that is as versatile as any in the area.

And with inexperience abound on defensive line to start the season, having four starters returning in the defensive backfield will allow the Cardinals to not lose much of a beat from last season.

“This group (the secondary) is a versatile group,” said Conway Springs coach Matt Biehler, who is in his 11th year as the head of the program. “All of them can play safety or corner.”

Leading the way for the Cardinals is senior Peyton Winter, who recorded 73 tackles, six tackles for a loss and four interceptions on his way to being selected second team All-Central Plains League. 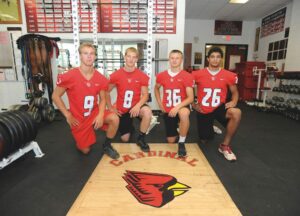 Kyler Alloway, who is an athletic cornerback that started every game last season, joins Winter as dynamic playmakers and valuable leaders in the secondary for Conway Springs.

“It is important to be good leaders for the younger players,” Winter said. “Because in tough situations, there have to be players who can step up.”

Adding to Winter and Alloway are a pair of other athletic players, Cody Jones and Garrett Robinson, who can play all over the field.

“These guys are very seasoned,” Biehler said. “They were a part of a great defense last season.”

One of the many perks of having varsity players returning is the chance to expand schemes and add to the playbook, something Biehler is excited about for the 2019 campaign. 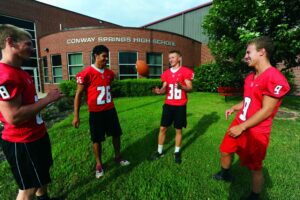 “We have been able to add a few things,” Biehler said. “And these guys have hit the ground running with whatever we want to do.”

The secondary will be asked to shoulder much of the load on defense early in the season as the Cardinals are replacing their entire defensive line.

Add in the early portion of the schedule, which features playoff teams in two of the first four weeks, including Hutchinson Trinity Catholic, which went 10-2 last year, and Conway Springs will need to find answers up front in a hurry.

“That is the thing we need to do first; develop both of the lines,” Biehler said. “But the secondary and linebackers have another year under their belt.” 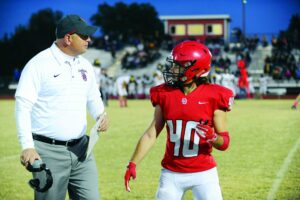 Conway Springs coach Matt Biehler gives instructions to his team during a game last season. Biehler’s Cardinals should have one of the top teams in 2A after reaching the quarterfinals last season. (Photo by Dale Stelz)

Winter understands the rich history of the Cardinals program and also knows he plays a part in laying the foundation for the future of the program.

“We want to set a good example as to how things should be,” Winter said. “We want the younger kids to see how to take over the program.”