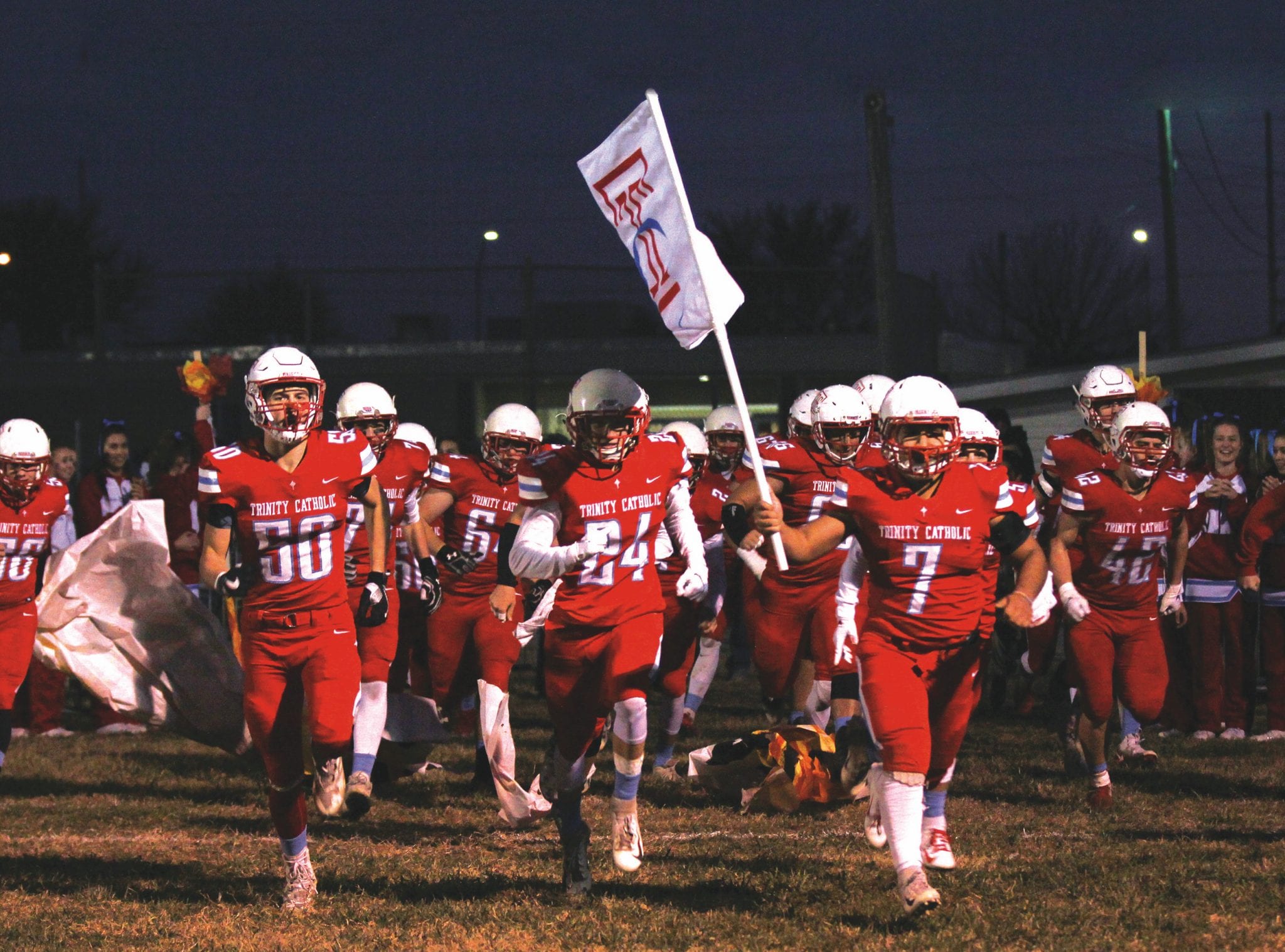 Surging Celtics: Hutchinson Trinity wants to maintain consistency after having breakthrough season in 2018

A large, talented and deep class didn’t disappoint, as it finished a good four-year run with a 9-2 record in 2018. The Celtics won the Heart of America League, beat perennial power Garden Plain twice, and only lost to Conway Springs and Hoisington.

Bell doesn’t anticipate rebuilding seasons. He wants to sustain a program that can win games and advance well into November annually, even this year with just two starters returning and eight lettermen back.

“We want to keep doing what our core values are, day in and day out,” Bell said. “Yes, we lose a lot of experience, and a lot of these guys haven’t played meaningful snaps on Friday, but they all know the expectations with the Trinity Catholic football program. We still set high expectations.” 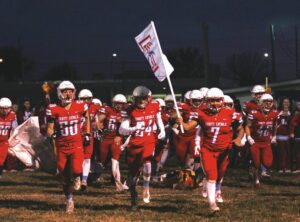 The Hutchinson Trinity Catholic football team runs onto the field before a 2018 game against Chaparral in Hutchinson. (Photo by Bre Rogers)

There is still ample talent, especially at linebacker. Juniors Evan Remar and Miles Friday were starters last year and combined for 132 tackles.

Remar is expected to take over at quarterback. Junior running back/linebacker Andrew Bergmeier saw plenty of action on both sides of the ball.

“It’s been pretty energetic,” Remar said about summer workouts. “There are a lot of new faces, but we’re showing these guys how to work like we do. They’ve worked hard too.”

While graduation took a toll on the Celtics, there is precedent for Bell’s hope to sustain a winning program annually. The 2009 and 2010 teams each reached the Class 3A state quarterfinals. The Celtics have had just three losing seasons since 2004 and have won playoff games in six of those seasons.

“Everyone expects us to be down this year,” Bergmeier said. “We’ve all grown up together, and we’ve played together under the lights. We’ll be ready.”

Around the area in 2A

Conway Springs almost always contends, and this year should be no different. With 14 seniors who have ample experience, including linebackers Jonathan Wright, Collin Koester and Josh Koester, the Cardinals will be tough to score on.

After winning a district championship, Douglass has high hopes with four starters and 11 lettermen back. That was Douglass’ best season since 1996, and with some promising young players, this could be the genesis of a strong era of Bulldog football. Keylan Jones, a senior wide receiver/defensive back, is one of the top two-way players in the area.

Garden Plain was victim of a brutal district, but still qualified for the playoffs, had a winning record and advanced to the second round. With six offensive and four defensive starters back, the Owls should be able to at least replicate late year’s success. Quarterback/defensive back Matt Pauly brings vast experience, while wide receiver/defensive back Trey Smith and running back/linebacker John Nowak are returning two-way staters.

Southeast of Saline won eight games, including a playoff game, and is poised for another strong season. Junior Jaxson Gebhardt was an all-state quarterback is one of the top returning players in the state. Junior wide receive/linebacker Tyler Breeding was a top target, while junior Bryant Banks is a reliable running back. If an inexperienced line develops, the Trojans will be strong again.