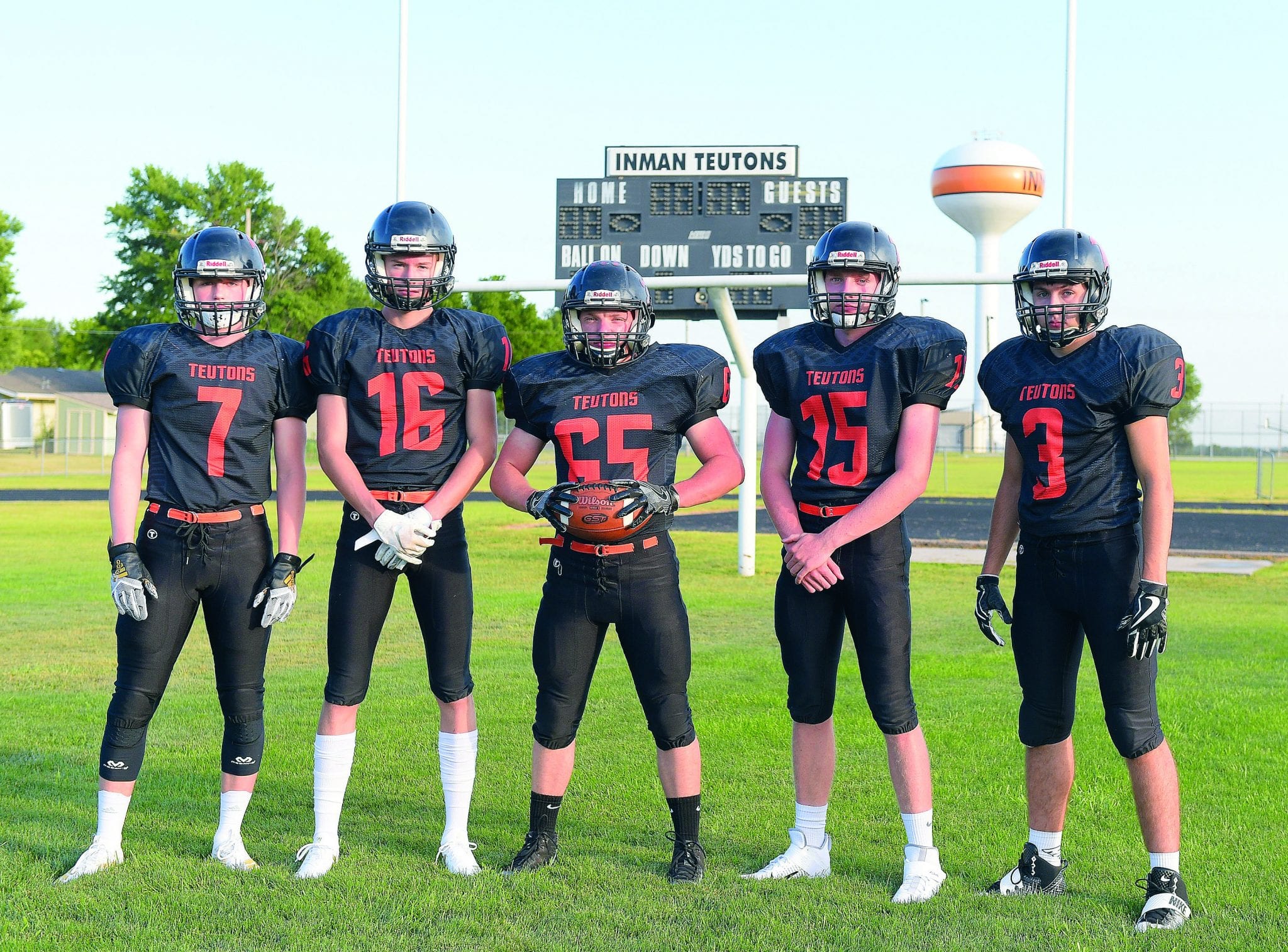 A New Chapter: Inman football made rare playoff appearance last year and brings back bulk of that team.

Now, the Teutons want to build on last year’s playoff story that ended in a 53-10 loss to Elkhart in the Class 1A playoffs.

“We take a ton of confidence from last season, the best year Inman has seen in 15 years,” Sawyer said. “We’ve realized we need to play physical on both sides of the ball.” 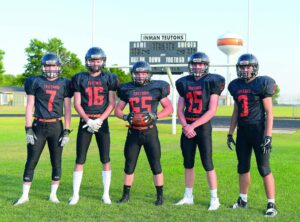 “We’re fast and athletic,” Sawyer said. “Our guys continue to dedicate themselves to the weight room. Our growth has been tremendous. We’re as strong as any team I’ve coached. We are ready to see the results on the football field.”

“Running the ball and stopping the run will be our main priority in 2019,” Sawyer said. “We will continue to get better on both sides of the ball.”

The district features Sedgwick, Sublette and Meade. Sawyer expects Hutchinson Trinity Catholic to be the Teutons’ biggest challenge during the regular season.

Sedgwick has reached the playoffs 14 times, including four times in the state quarterfinals. Smith Center ended Sedgwick’s 9-2 season with a 61-27 victory in the quarterfinals last year.

LB Lacey (8 tackles per game) and LB Gannon Resnik will lead the defense.

“The defense has good team speed and will play an attacking style,” Werner said. “Our defense will slant and stunt on every play. Our key is to play downhill and run to the football.”

Marion has reached the playoffs 12 times with an all-time record of 7-12. Wichita Collegiate beat the Warriors 28-6 in the 1994 state championship game.

“Our biggest strength is experience in the offensive line with Matt Christensen, Todd Palci and Luke Lanning,” said Marion coach Shaun Craft. “On the defensive side, we started figuring things out in Districts. Hopefully, that will carry over.”

Marion’s biggest challenge is a squad that may feature just 20 players. The district features Hillsboro, Olpe and Bluestem.

“We should be able to compete in the league and make a run in the playoffs if we stay healthy,” Craft said.

Ell-Saline doesn’t want to see rival Plainville in the 1A state playoffs after losing 31-28 and 27-20 in two overtimes the past two seasons. Plainville beat Ell-Saline in overtime on a controversial finish marred by inaccurate down and distance on the field and on a last-play field goal.

Ell-Saline is well equipped for an encore playoff performance keyed by 10 players with starting experience.

WR Sawyer Kramer is a threat along with WR Treyton Peterson and Owen Bradley.