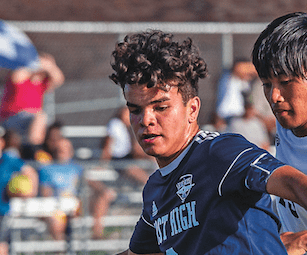 Soccer has been in Ivan Quezada’s family DNA since before his birth.

The Wichita East junior can’t remember a time soccer wasn’t at the heart of his family’s leisure.

“My dad, my uncles played,” Quezada said. “My whole family is in soccer. For me, it’s been like a stress reliever since I was a kid. I’ve always been around soccer.”

All those hours of playing, watching, studying and enjoying soccer – he also plays club for FC Wichita – has helped Quezada turn into one of the marquee players not just in Wichita, but in Kansas.

A forward who scores in a variety of ways, Quezada tucked away 21 goals last season for East, which should challenge for a Class 6A regional championship and the City League title this season. 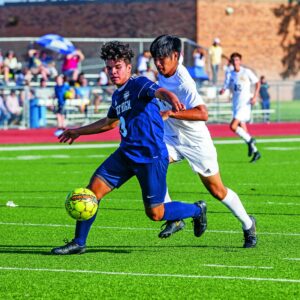 “Expectations are high,” said Quezada, a strong player with sprinter’s speed. “We have a lot of returning players from last season, and we expect to go to state and win the City League.”

Whoever wins the City League will have certainly earned it. East will be strong again, and Wichita Heights won the Titan Classic behind a talented young squad.

Wichita-area boys soccer might be as deep and talented as ever, with players like Quezada benefitting from years of playing club soccer.

The trick for Quezada is trying to set himself apart from his peers. Last year as a sophomore, Quezada was the City League’s leading scorer. His club team is known regionally. Now he wants to make sure that he not only stands out, but East as well.

“I want to be the City League’s top goal scorer and draw some attention to myself for college,” Quezada said. “I just feel like I should be known more. But really, getting that win is all that matters.”