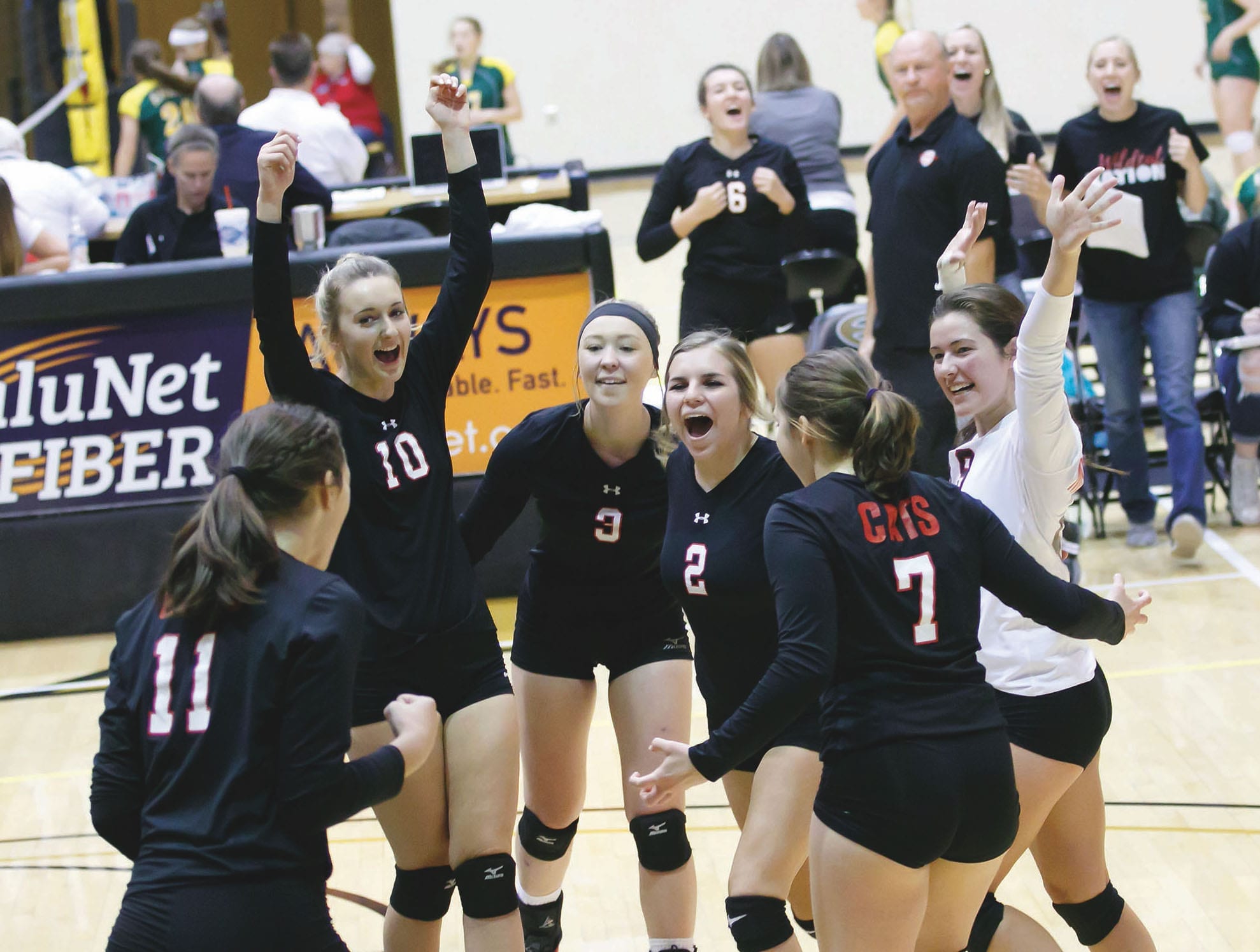 Hollie Carter, former player under Otte, ready to make her own mark with Moundridge

Holli Carter understands the situation she stepped into this season as Moundridge’s first-year volleyball coach.

• Moundridge is coming off a third-place finish in Class 1A, its first trip to state since 2013.

• Carter is replacing an excellent coach in Bryan Otte, who coached her at Moundridge.

“Definitely there’s pressure,” Carter said. “Following Otte, it’s kind of intimidating. No one else can be Bryan Otte, so I’m finding a way to be myself. I obviously played for Otte, so he’s still a great resource. And there’s definitely some pressure to come into a successful program. There’s some expectations.

Carter is new to the position, but she can turn to Otte, as well as Amy Ratzlaff, who she played for and coached with at Tabor College.

“Playing for Otte, he was very defensive minded,” Carter said. “I’m pulling that stuff from him, and I’m using some of the same terminology, so the players know they have that. And both coaches are very knowledgeable coaches. They’ve coached the game for a long time. I know I can go to them at any time.” 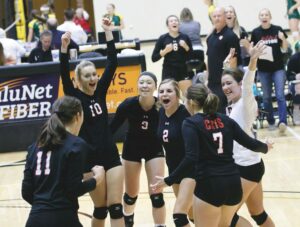 It also helps that Moundridge has a strong core of talented and experienced players.

“I think that we have a lot of skill and talent,” senior Hailey Unruh said. “… We will be better as the season goes on. Hopefully by the time state comes around, we will be ready to go.”

“We still have five or six players that would play varsity last year,” said ZiZi Sebrant, one of four seniors. “…We have some chemistry on the team that’s pretty good, too.”

Sebrant, who is a middle hitter, has what Carter called a “heavy arm.”

“She can hit the ball hard,” Carter said. “She also plays all the way around. We can usually count on her to put a ball down.”

Moundridge’s other senior middle is Sarah Brunk. Unruh utilizes her quickness at the net and provides leadership.

“She’s definitely showing signs of that,” Carter said. “Having that outside and all the way around is a big help. And she’s a good hitter who can throw in some smart tips.”

Moundridge’s other outside is sophomore Kate Eichelberger, a 6-foot-1 sophomore.

“She’s one of the tallest people on the court, no matter who we’re playing against,” Carter said. “… She’s only a sophomore, so she’s learning things, but she can put the ball down.”

Katie Stucky sets for one rotation and hits right-side, while Erin Durst holds down the back line as the libero.

Freshman Emily Durst is the setter running a 5-1.