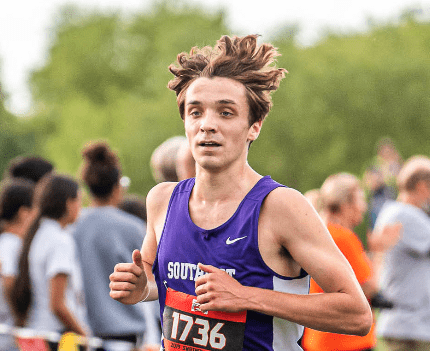 It keeps them running: Southeast of Saline’s past, current successes motivates teams

The Southeast of Saline cross country program is special. 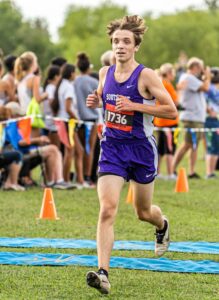 “It was very exciting,” Caselman said. “We had won two girls titles three years prior to that, so it was exciting for me. The group of guys worked really hard.”

The work ethic is expected, though.

“Cross country is probably one of the more recognized programs at our school,” sophomore Dylan Sprecker said. “We get a lot of support from the school and the families. The bond between our students is so great. Everyone wants to see each other succeed. Whether it’s volleyball, football or cross country, they’ll be there to support you. It’s a great bond to have.”

And it’s a bond that Caselman uses as motivation for the 64 boys and girls running in junior high and high school.

“I tell the kids before our first meet, when we’re in the gym, that ‘when you put the uniform on, the Southeast of Saline uniform, you’re not only representing yourself, but every runner that’s been a part of Southeast of Saline,’” Caselman said. 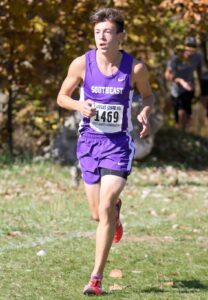 The cross country alums are involved, too, and the yearly alumni run is a favorite. But there’s also pressure to continue winning. Southeast of Saline should be a favorite because there were two freshmen, three sophomores and only one senior on the 2018 team. Junior Luke Gleason finished 12th in 2018, while Sprecker was 18th as a freshman, and junior Dominic Jackson was 28th. The three also push each other in meets and practices. In Southeast of Saline’s first meet, Jackson won, Sprecker was second and Gleason was third.

“It will change throughout the season,” Caselman said. “We went 1-2-3, 5-6 in that first meet. No. 4 was Drew Hanson, fifth was freshman Damion Jackson. I think any one of the top three guys, any one of them can be the No. 1 runner. It depends on the day and how they’re feeling. They’re all really close in ability. They’re just a good group of kids, they work hard and they push each other.” 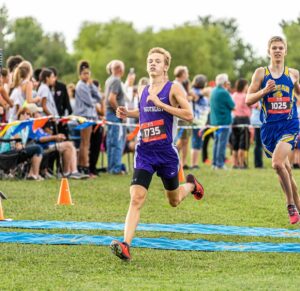 Sprecker doesn’t see it as competition, though.

“I would say it’s more we’re running with each other, but I’ve improved from running with them,” he said. “… Every time we show up to a meet, I’m always extremely humbled to be able to run with this group of guys and be able to cheer on each other and the younger generations of runners. Over the years we’ve gotten to know each other, and it’s like a brothership. We’re not just a group of guys running together. It’s a group of friends and best friends.”

The goal is universal – they want to win another title.

“Winning was an amazing experience to have,” Sprecker said. “I don’t know if I could ask for anything more. Just to be able to be a part of that group of guys. There’s certainly pressure now to be able to repeat, but I think we could do it. Our group of guys, there’s no quitters in that group. It’s very determined, well-rounded.”

Post Views: 0
In this article:Cross Country, Featured, Southeast of Saline