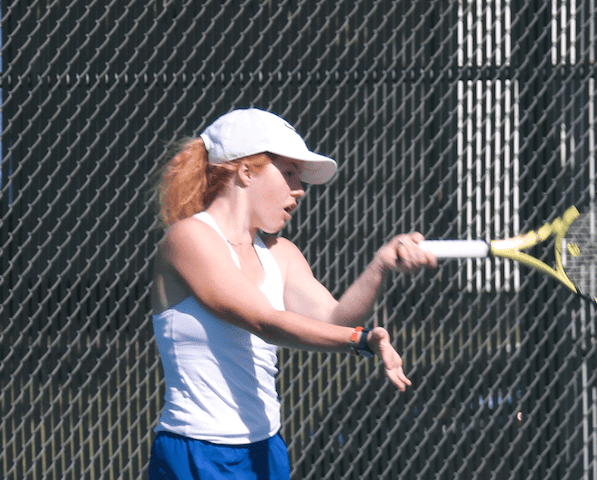 Sensey Cadman has medaled at the Class 3-2-1 tournament every year she has been with Panther tennis, placing between fourth and tenth place. She played singles on the 2016 State Championship team as a freshman.

This season, Cadman was the regional champion at Conway Springs and was the runner-up at the Central Plains League Tournament.

Cadman has been a varsity letterman all four years and has also been on the Class 5-1A state qualifying swimming team the past two years and placed sixth overall in the 200 medley last season for the Panthers. 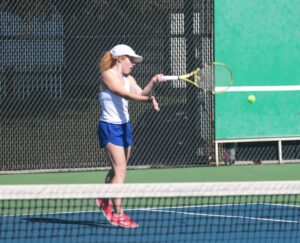 Post Views: 16
In this article:Featured, Sensey Cadman, The Independent School