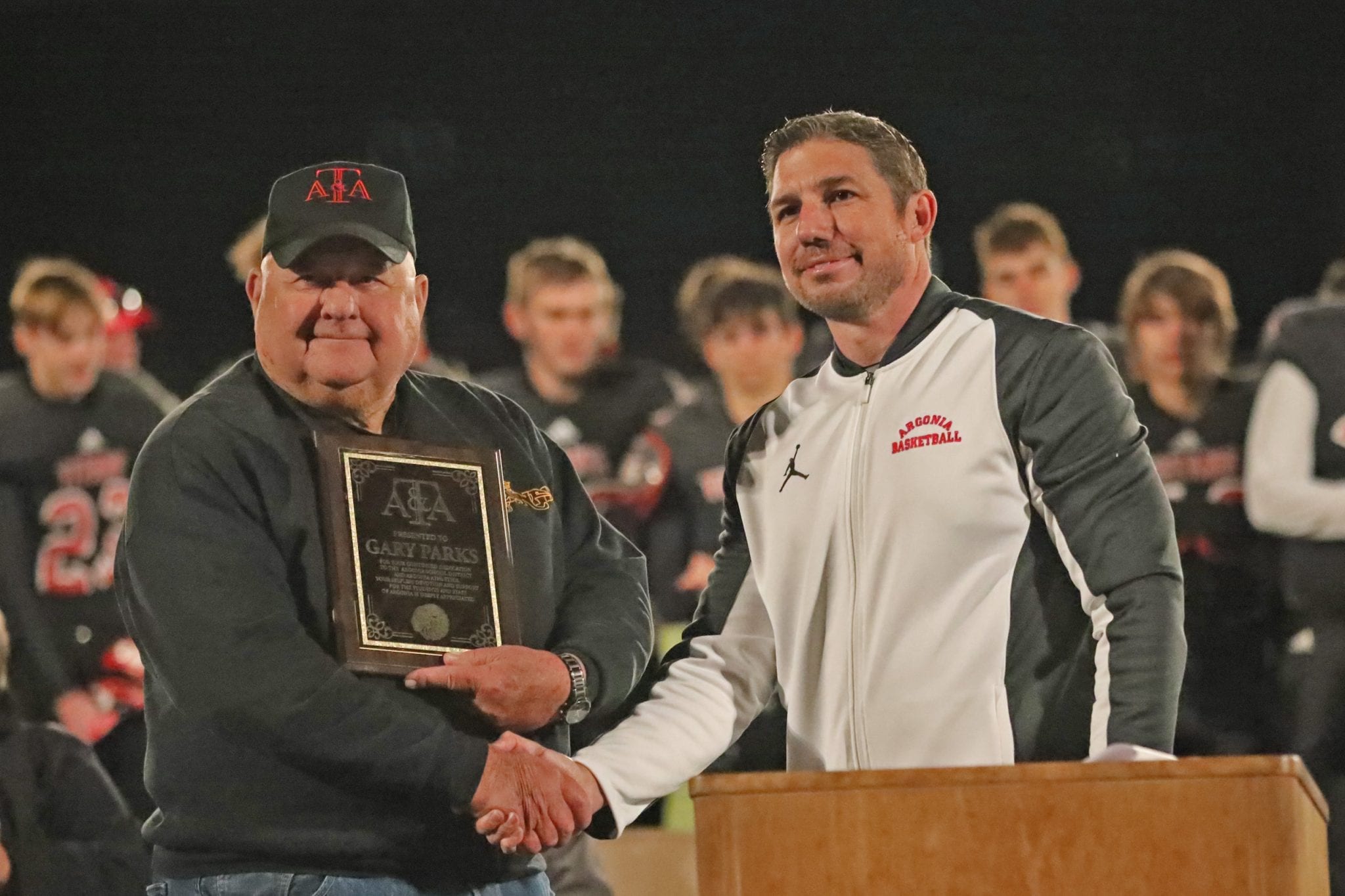 Argonia High School athletic director Robert Almanza shared a beautiful speech at a ceremony which honored two individuals and their families who have been part of Argonia HS and its athletics for the past 50 years. 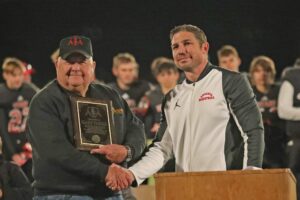 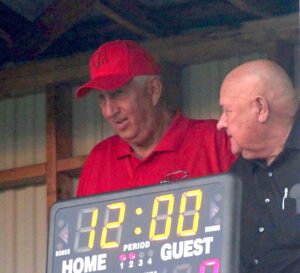 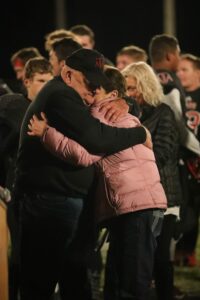 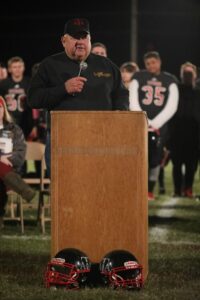 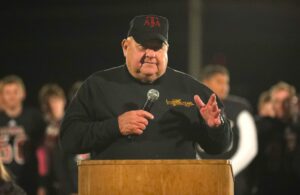 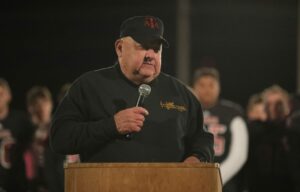 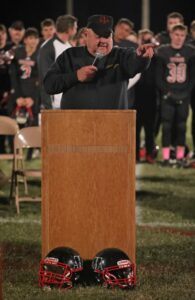 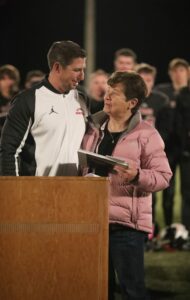 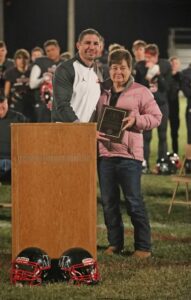 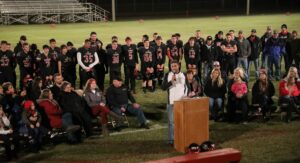 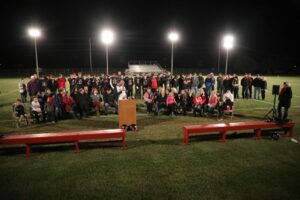 As the athletic director for the past seven years and as a coach for 13 years here at Argonia, I have had a front row seat witnessing the impact Rick and Gary have had on AHS.  As the AD, my job ranges from scheduling games, to sweeping the gym floor, to escorting football coaches off the field who have been kicked out of games. However, probably the toughest aspect of my job is having to recruit, ask, beg, plead, gravel, and sometimes bribe people to help work high school games. Seems like I always need help with line judging, or people to run the chain gang in football, or keeping the book at basketball or volleyball.  Every year, I spend a huge amount of time trying to find people to help even just for a game or two. But with Rick and Gary, I have never had to ask. When I first became AD, I was just told that they would be happy to do it. And from every year since, I just knew I could count on them to be sitting in the crow’s nest above Raider Field.

Amazingly, Gary started running the scoreboard for AHS during the 1969 football season. He was first asked to run the clock by long time high school principal Forrest Pontious. As some of you may remember, back then, the press box was actually on the north side of the field. When Gary first started, Larry Mears was the announcer. After Larry decided to give up the announcing, Gary recommended Rick for the job. Not only was it a perfect match, but it provided both Gary and Rick some of the best seats in the house. And as their wives will tell you, putting those two way up top… inside a semi-sound proof building away… from the refs was probably the best thing that could have happened. While the refs may have been out of earshot of Gary and Rick’s comments during the game, the video camera that recorded the team’s games were not. So, when coaches reviewed game film the next day, they often were treated to some colorful commentary on the game.

Ironicallly, before Gary’s streak started in 1969, he had actually stepped onto Raider Field before that. In 1962, Gary was a senior football player in Wakita, Oklahoma. And that team just happened to play the little ole town of Argonia.  And, as I am sure Gary remembers, the outcome of the game was not kind to Argonia.

This year marks his 50th year operating the clock for Gary. In addition to being a permanent fixture up in the crow’s nest, Gary ran the clock for home basketball games for a number of years as well.  And when he wasn’t volunteering his time to help the football and basketball programs, he was cheering on the Lady Raiders at volleyball games. While this will be the last year for Gary to put Titan touchdowns on the scoreboard, I am confident we will still see him in the stands quite a bit next year.

I know Gary wishes he could celebrate this night with his long-time friend and partner in the booth, Rick Nafziger. Unfortunately, Rick passed away this summer after a battle with cancer. If ever anyone embodied the slogan, “Once a Raider, Always a Raider,” it was Rick. He was a member of the 1969 State Championship basketball team. Like Gary, Rick’s contributions were not limited to the football field. He served on the school board member for 34 years. That is an amazing accomplishment in itself and probably deserves a separate night of recognition! Rick’s children all went to AHS and excelled in sports. He could always be found cheering on his children and, as the years progressed, his grandchildren as well. Even more impressive, when his own family wasn’t playing, he nonetheless would still show up to games just to support students and athletes of AHS.

The honored parties were presented with two photobooks containing every football team picture of the Raiders from 1969 to 2019. The books contain a dedication page which says, “A famous quote reads: ‘People want to know they matter. They want to know they make a difference.’ May this book remind you of the difference you made on the lives of students, players, staff, and the entire community of Argonia. Once a Raider, Always a Raider.” Here are some excerpts from the speech to help illustrate the legacy of these men and the school.