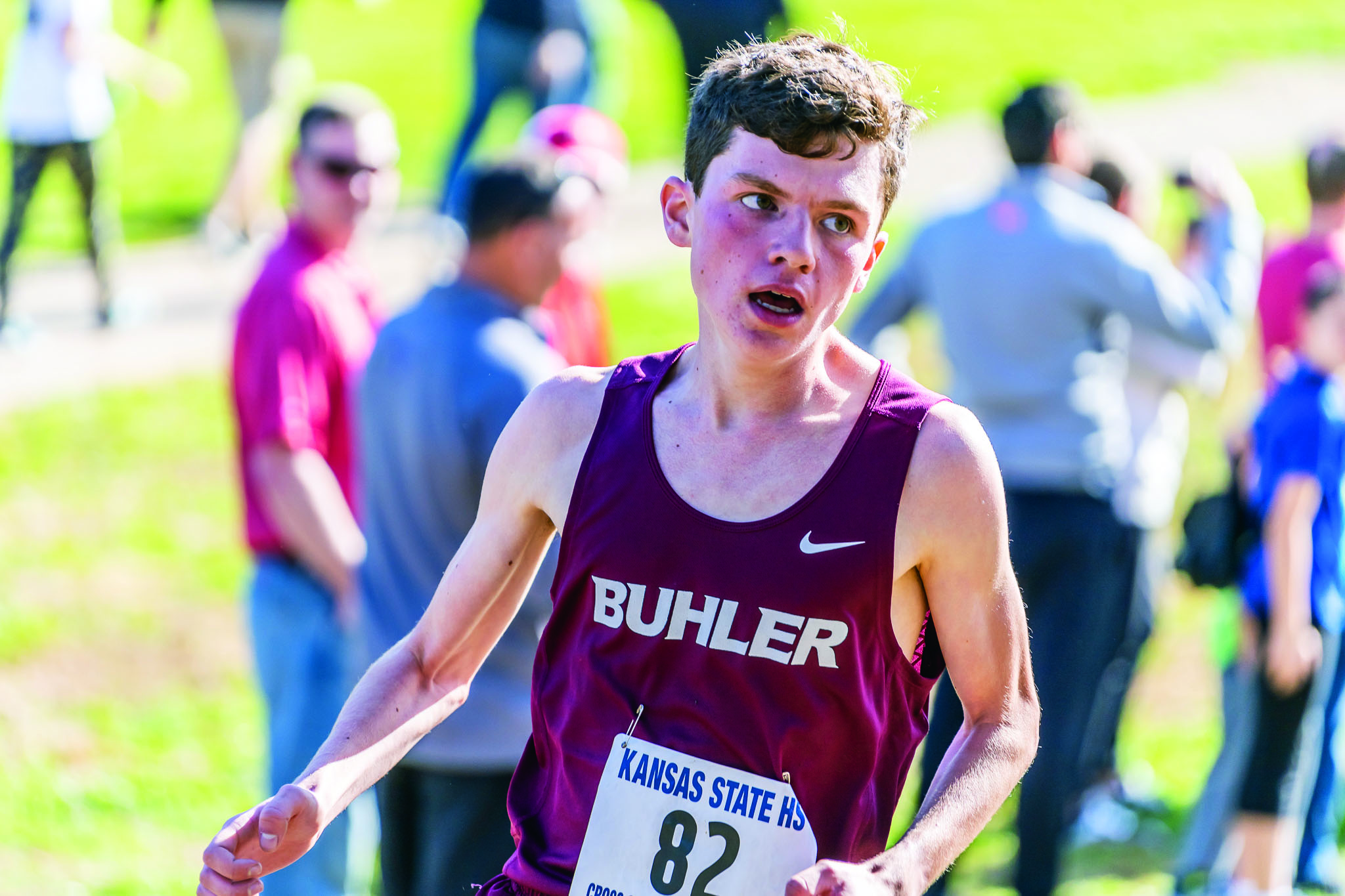 Buhler cross country maybe, just maybe, found its niche with its own slice of celebrity status in town.

The high school team doubled in size this fall. The Crusaders organized a youth club, and that brought a double-digit turnout of potential future runners.

The Buhler boys cross country team is formulating its 4A title defense with sophomore Tanner Lindahl in the lead. Lindahl, with one individual state championship checked off the list, took the first step to bringing Buhler a historic four individual titles.

The chance to keep this under wraps, like a pitcher throwing a no-hitter, is long gone. Lindahl is fully aware of the precedent he could set – and the gravity of the implication to fulfill it.

“I think about it,” Lindahl said, laughing. “It’s kind of funny, because the last two guys that have won as freshmen haven’t won as sophomores. It’s kind of the sophomore curse.”

Lindahl’s margin for error may be wide. His time of 16 minutes, 18.8 seconds at the state race in Wamego beat the field by 36 seconds. 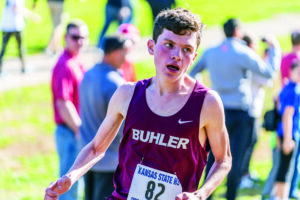 Lindahl is building strength to target a run under 16 minutes. He will win most races, but he is most excited for the impending loss he will take at high-caliber races like in Kansas City.

“It’s fun to win races, but it’s also fun to see where you measure up,” he said. “I’m pretty excited for that race to use race strategy and try to pass people, things I’m not used to.”

Buhler won state by 34 points, and returns much of its roster.

Lindahl is the leader by default. It comes with the territory of being a championship-caliber runner. He is instructing teammates with goal-setting.

“Something I try to remind them is all your goals are relative to what you’re capable of,” Lindahl said. “You have to make your goals personal to what you’ve done.”

Lindahl’s goals can live in the stratosphere. He has earned that. But in his pursuit of four-for-four, first comes going two-for-two. 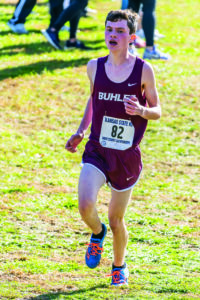