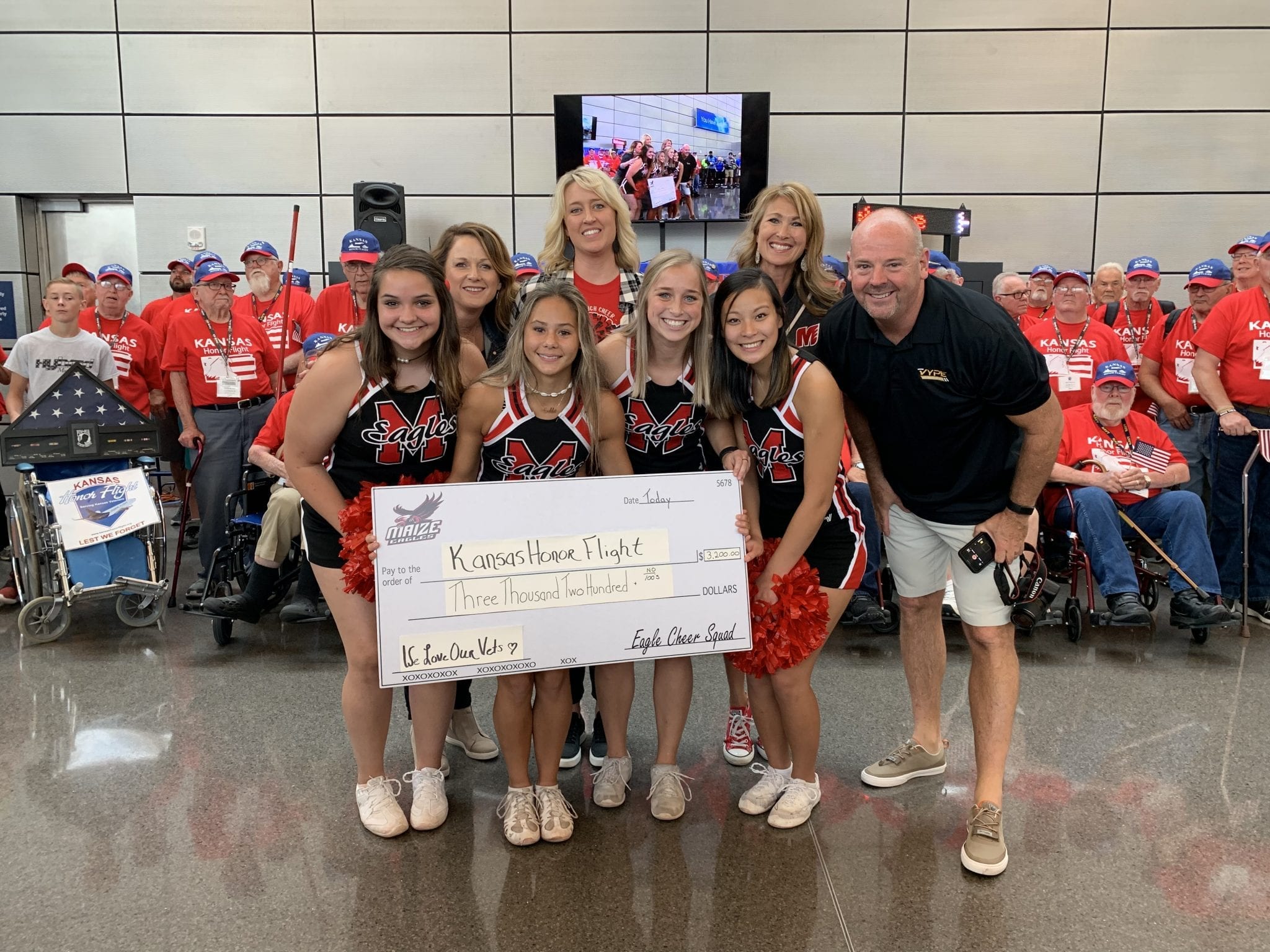 Dillons Celebrates the 2019  Kansas Honor Flight! Thanks to all the veterans for their service & thank you Maize Cheer for your commitment! Dillons is proud to be part of the team!

We were introduced to Kansas Honor Flight by Pat Leon, volunteer for KHF, (her son Chris went to Maize High) in the fall of 2016.  We took a group of cheerleaders out to Eisenhower Airport to welcome back 40 veterans who had spent the last three days in Washington DC – and we were hooked!  There are flights every two weeks in the fall and then start up again in mid-spring.  The cheerleaders have tried to be at every welcome home since their first on 10/21/16.

In the fall of 2017, the coaches brainstormed with KHF to have an honorary night at Maize’s home football home opener.  We raised funds by holding 50/50 raffles and collecting aluminum cans, while feeding any vets that showed up for the game.  The students at Maize High jumped on board and make the game “patriotic” themed.  The idea stuck and we recently held our third annual KHF night and raised over $3,000 to fund flights for vets.

All Metal Recycling has played a big part in our fundraising throughout the year; we have collected aluminum cans to be recycled and directed those funds to Kansas Honor Flight.  Dillons also donated this year, solely funding one trip to DC.

We love seeing the veterans coming home, with tears of happiness in their eyes.  Many did not receive such a welcome when they returned after serving time for our country.  The cheerleaders and staff at Maize High have made an impact on these veterans, but the veterans have also opened many eyes to a generation that might have forgotten them.  Maize High has grown to appreciate them! It’s a win-win situation.

GoCreate (Kim McCollum specifically) has given the cheer squad an opportunity to make metal sculptures (Iwojima replicas) and sell them for $60… 100% of that amount goes straight to fund flights for KHF.  We can still make and sell these to anyone interested. 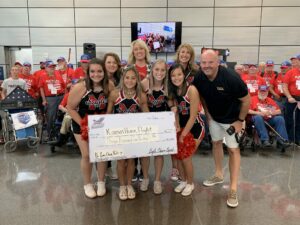 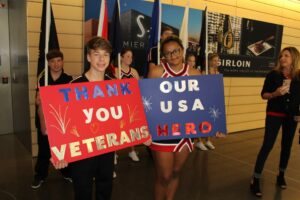 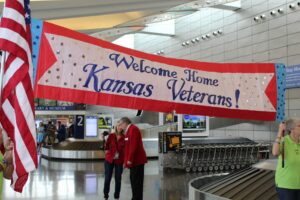 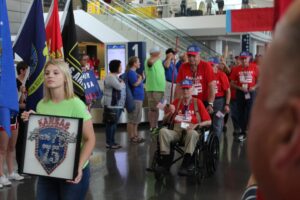 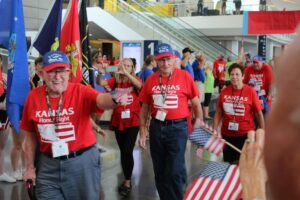 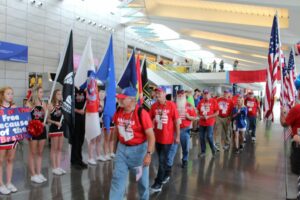 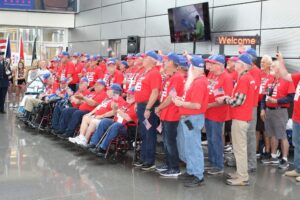 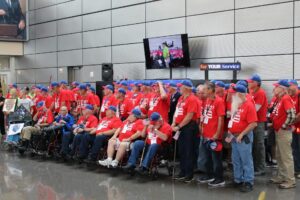 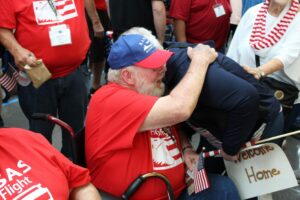 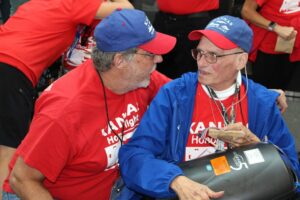 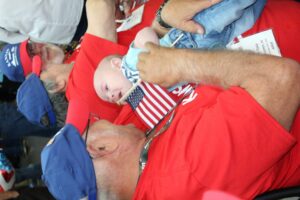