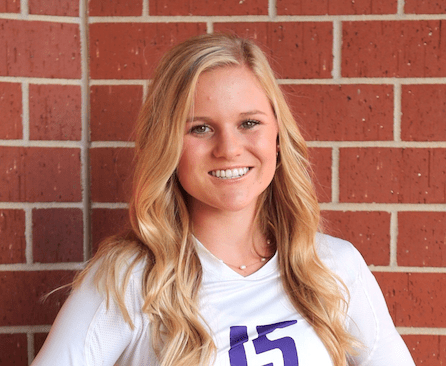 Valley Center senior Ellie Shank loves the game of volleyball, whether on a court or on the beach. She excels in both arenas, partially because she is a competitive and hard-working individual. She first became interested in the sport when her FunBall basketball team decided to make a club volleyball team and she continued on to play with most of those girls throughout all her club years.

“I really enjoy volleyball because of the people I get to be with everyday and the people I have met playing club volleyball throughout the years,” she said. “I also am super competitive and enjoy the intensity.”

Shank is also involved in a variety of clubs at Valley Center, including FCA, Friendship Club, Link Crew, Letterwomens Club, NHS, Student Advisory Leadership Team, and Prom Committee. Her favorite thing about her school is the great staff.

“I really like our teachers and coaches at Valley Center,” she said. “They make the extra effort to develop connections with the students. We also have a fairly new building with super nice facilities.” 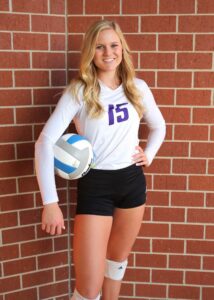 Shank is always aiming to improve her game, and part of that is preparing herself for the collegiate-level opponents she will face after her time at Valley Center is done.

“I think my main motivator would be knowing that I have so much room to get better and I can always find something to work on,” she said. “I think about other competitors across the country that I will be playing against and how they are practicing every day and my competitive side can’t stand that they would be doing something to get better and I’m not.”

One person who has inspired her hard-working demeanor is her father.

“I look up to my dad because he has shown me what hard work looks like and how to have a positive attitude while doing it,” said Shank. “I’ve learned to find pleasure in working hard and showing that pushing yourself and going the extra mile is expected.”

One of Shank’s highlights in her sport is something she can look forward to continuing in her near future – beach volleyball.

“My favorite moments would be in beach volleyball, going out to California in the summers and competing with all the California girls who play every day, year-round, and winning some upsets in the quarter and semifinals,” she said. 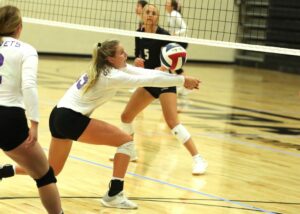