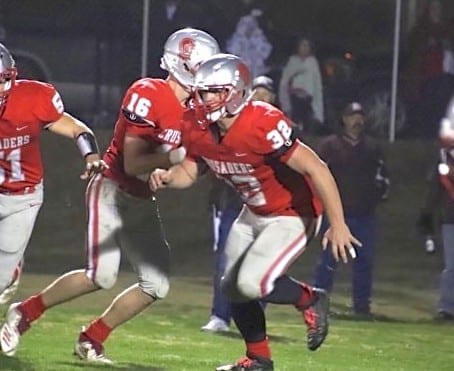 A torn ACL in his right knee knocked Hunter Greenlee back a few steps on his path to success, but it will not keep him from accomplishing it. Hunter is a multi-talented senior at Wellington High School, playing football as a fullback and defensive tackle, and competing in track as a discus thrower. Hunter says he has been playing both sports going on four years now, and he loves doing them both. In late July at a football camp in Humboldt, Kansas, Hunter tore his ACL when he planted wrong on his knee playing defense.

“Right when it happened, it hurt a lot, then the pain slowly went away,” he said. “There was a loud pop when it happened. I was just hoping and praying that it wasn’t the end of my season, but I had a bad feeling about it hopping off the field.” 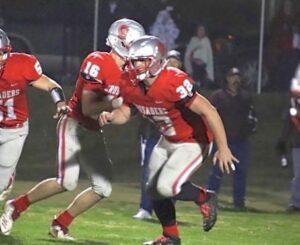 Hunter had to have surgery performed in August, using part of his quad to create a new ACL. The surgery was such a success, and Hunter’s recovery time was only six months. Unfortunately, Hunter will not be able to play football this season, but his hopes are to be back for track season to qualify for state in discus. According to Hunter, staying healthy is the main focus with getting him back onto his path to success.

“I’ve been working really hard in physical therapy and just trying to be healthy for track,” he said.