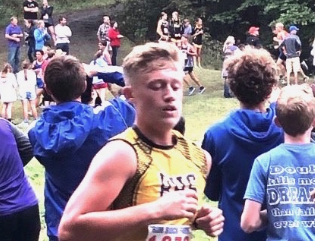 “My parents have a rule where you have to play a sport,” Koehn said. “There are no individuals really. When I first joined the team no one really singled anyone out.”

When he first started, he said he was not a top contender, but he still enjoyed the sport because he was able to show people what hard work is.

“I used to be one of the last runners finishing but I’ve built up quite a bit since then,” Koehn said. “Not impressing people but showing someone, you can do the best you can.” 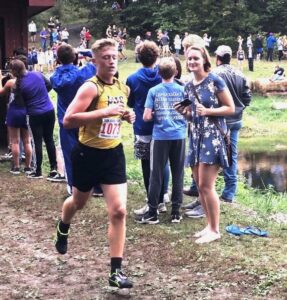 In addition to his involvement with cross country, one of the organizations that Koehn has a lot of involvement in is S.A.F.E. S.A.F.E. stands for “Seatbelts Are For Everyone.” Kohen is the secretary for this organization and had been a part of it throughout high school. He said this year he feels like the organization is going to have a strong impact at his school. He also said one of the reasons he joined S.A.F.E. was because he grew up knowing the importance of seat belts.

“Well, my family is really big on seatbelts,” Koehn said. “Just want to keep my classmates safe. Just learning how to advocate that seatbelts are for everyone.”

Bennington’s head cross country coach Rena Mick said Koehn is a great leader on the cross country team and the organizations he is a part of by the way he carries himself. His leadership skills have led to him being named a captain for this season.

“He is a great leader by example,” Mick said. “He works hard and encourages others. He is a positive person to be around. His character and integrity make him an asset to every organization he belongs to.”