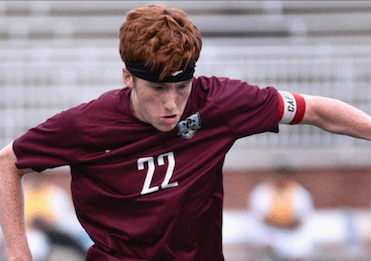 Salina Central senior soccer player Malcolm Berkley is all in on his sport. “I’m very competitive and always want to be the best player on the field while helping my team take the win,” he said. “I love the game of soccer and wouldn’t be who I am without it.”

Berkley is captain of the Central varsity squad, where head coach Dave Ouderkirk can attest to his skills on the field and his leadership abilities. “He is a captain, senior and great leader,” said Ouderkirk. “He works hard in practice and both loves the game and studies the game. He could start on any team he tried out for and I am very proud to say I coached him.”

Berkley has grown close with his teammates, and as many athletes will agree, playing alongside good friends is the best part about athletics. “What I enjoy the most about soccer is the group of guys I get to interact with and the feeling of becoming brothers with many of them,” he said. “I really like the journey as a whole and the feeling of accomplishment it brings you.” 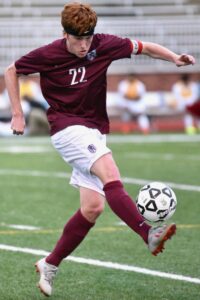 Berkley’s coaches have also been an important part of his soccer experience. “I look up to my coaches as role models, especially assistant coach Rick Davis,” he said. “He played on the U.S men’s national team and is a Hall of Famer. His advice has helped me understand how to develop into a better soccer player and competitor. He often tells the team crazy stories about playing with Pèle, Beckenbauer, and Maradona.”

When reflecting on his soccer career so far, Berkley has one highlight that stands out above the rest. “My favorite moment in high school soccer has been beating South (our huge rivals) three years in a row,” he said. “The victory this year was especially memorable because we were big underdogs. As a senior, beating South is huge for an accomplished season.”

Outside of soccer, Berkley is involved in National Honor Society, Relay for Life, and plays recreational basketball. After high school he plans on attending Tufts University in Boston and continuing his soccer career there. He is excited to join the team as they are D3 national champs and have a program that can compete with numerous D1 schools. 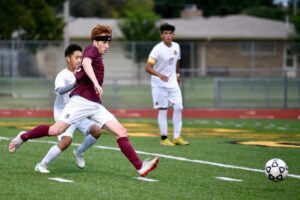 Malcom Berkley of Salina Central, looks to make a shot on goal. GOAL! This was the only goal in the first half of the cross town rivalry against Salina South Thursday night at Salina Stadium. Central won 2-0. [KIM RAYAS/SALINA JOURNAL]