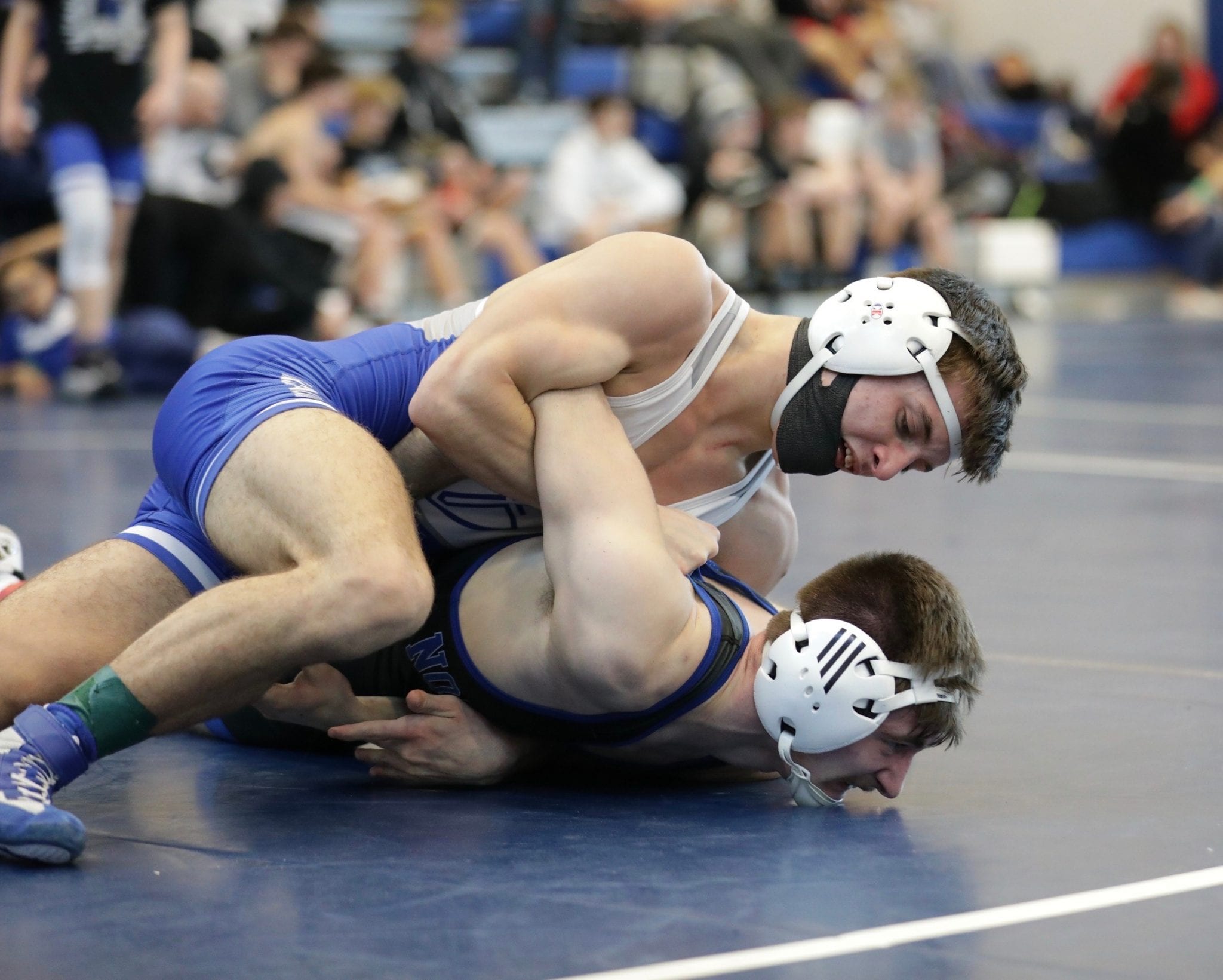 As Kapaun Mount Carmel senior Ayden Jimenez puts it, he had more losses than wins as a freshman on junior varsity. But he pressed on.

“I worked at it, and I made varsity,” said Jimenez, who wrestles at 160 pounds. “I was 30-15 and I made it to state and placed in regionals and placed in the city…. I like how wrestling teaches you how to be a man, teaches you to be dedicated and responsible and mentally tough.”

Wrestling taught Jimenez so much of what he’ll need for the future. He plans to go into the Air Force ROTC program at Kansas State next year.

“The military, the Air Force, it would exemplify who I am,” Jimenez said. “… I really like to be a leader, especially in the wrestling room.” 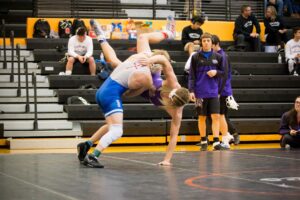 Teammate Joe Walter, who’s at 132 pounds, will also be going into the military; he chose the Navy. He will be a special warfare combatant craft crewman.

“I’ll be working along side the SEALs,” Walter said. “When pirates take over a ship, that ship needs to be rescued, and that’s where we come in. Drug smuggling through the ocean or human trafficking or even presidential protection detail. If it’s water based, that’s what we do.”

The military made sense for Walter. He’s active, loves the outdoors and adventures.

“I’ll get to be active in a field that I tend to excel in, and I get to serve everyone else,” he said.

Wrestling has helped prepare Walter for his future.

“I like the mental attitude that you have to acquire for it, and I like the individuality, even though it’s a still a team sport,” he said. “Win or lose, it’s on you. You hav the support of the team, but it’s only you out there.”

“I made it my goal to try to work and get better every year,” Walter said. “I went to not placing in every tournament to placing in tournaments in winning some more matches. It was about getting mentally tough and beating the kids who had been doing it longer — outhustling and outworking.