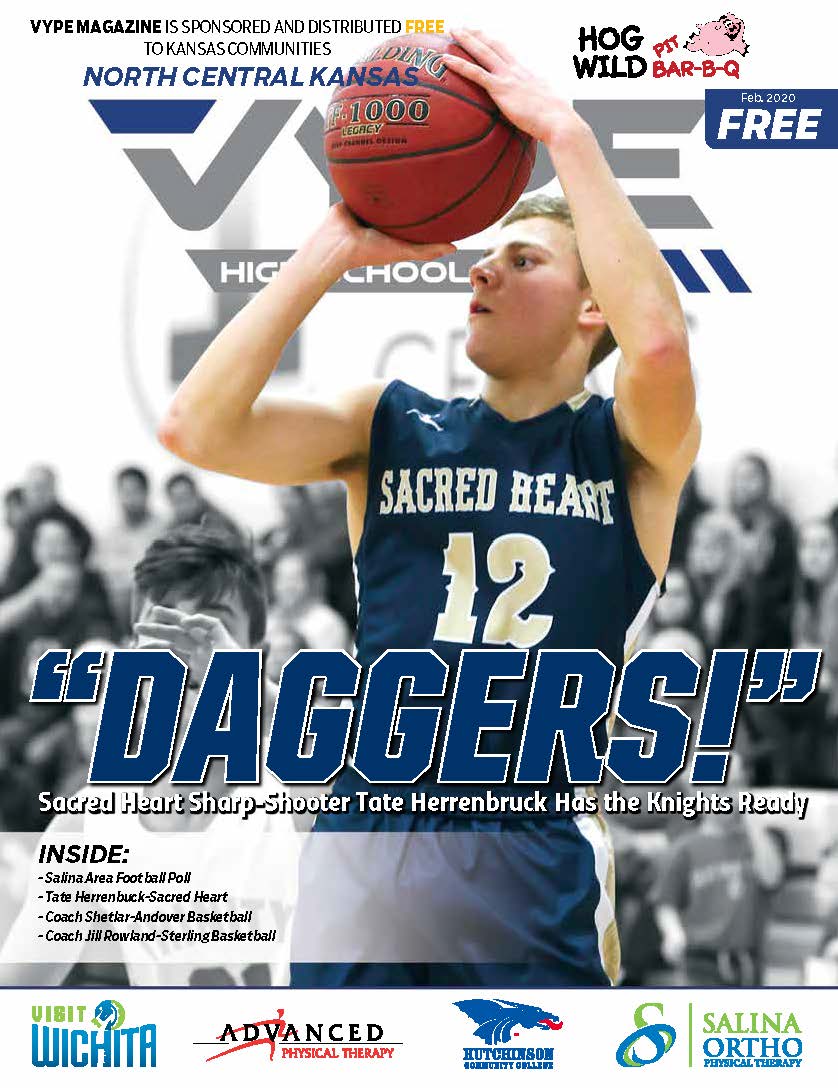 On Feb. 14, Herrenbruck had knee surgery to repair an ACL and meniscus tear, ending his basketball season.

“Pretty disappointing,” Herrenbruck wrote in a text message. “Really felt like I was finally coming into form right before I got hurt, too. The team was playing really well and we had good chemistry.”

Herrenbruck’s injury came on a routine play against Ellsworth.

“Second quarter, about two, three minutes in,” Sacred Heart coach Brian Gormley said. “Had a runout and we threw him an alley-oop pass. He went up fine, missed the shot and when he came down, he wrecked his knee. He went down in a heap. We went out on the court. I was really thinking ankle, but by the time we got there, he was holding his knee.”

Herrenbruck was averaging a team-high 18.9 points a game.

“We know we lost an engine of the team, but the guys have realized the season will move on,” Gormley said. “They’ve kept their noses down and worked hard.”

He was part of three state championship teams and had signed with Kansas to play golf there. He finished second individually twice in Class 2A.

Herrenbruck plans to return to golf by the end of the summer.