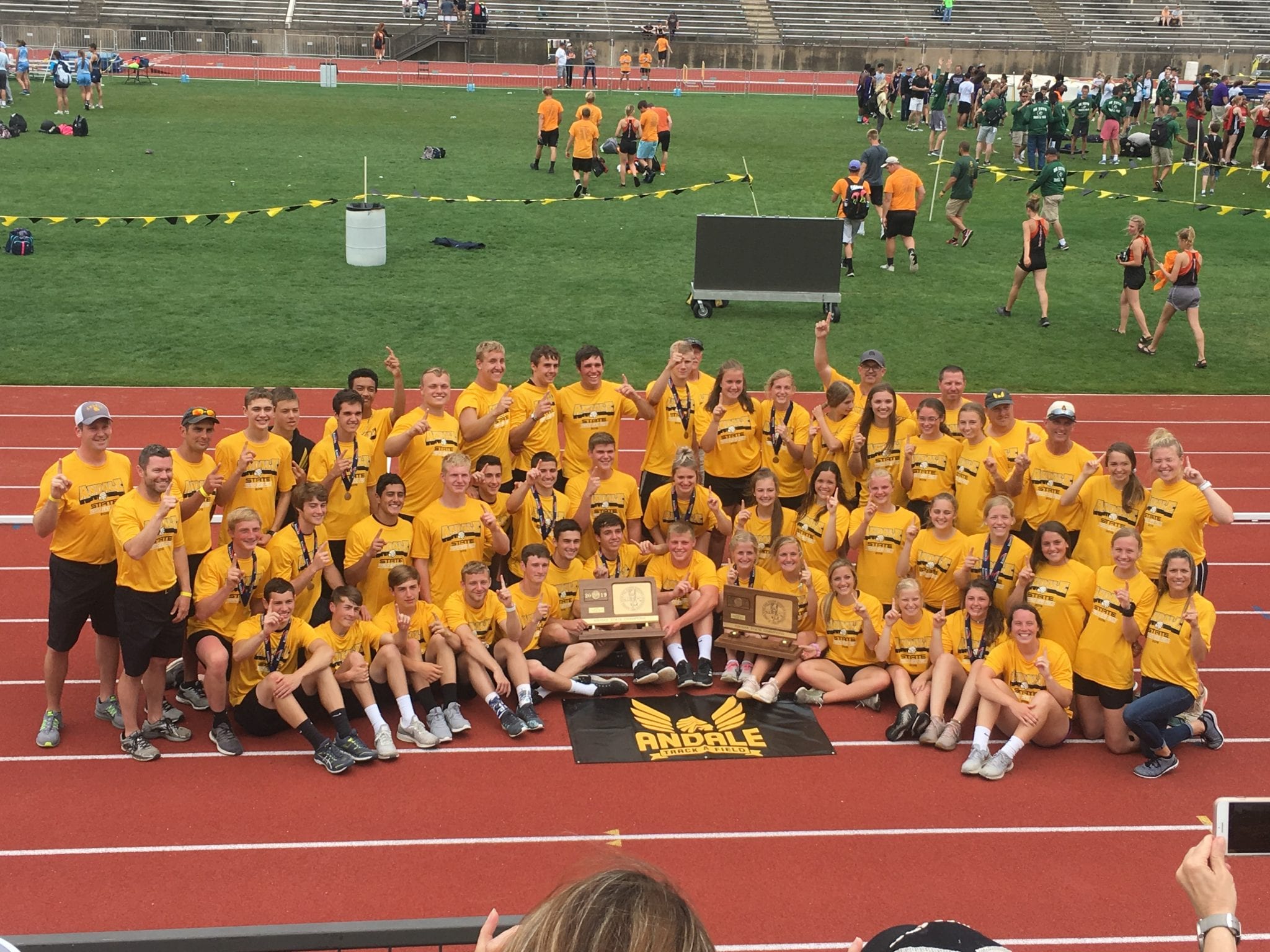 If you have a story idea about someone we would have been writing about this spring before all sports were canceled, email me at [email protected]

There’s something special with the Andale track team.

The number of athletes competing is huge. The focus is strictly on team. The desire to be the best is high.

Junior pole vaulter Ty McPhail had high goals this season of hitting 16-feet for the first time and besting jumps coach Dylan Schmidt’s record, which was set in 2006.

While McPhail is disappointed he won’t get the opportunity because the season was canceled due to COVID-19, there’s something he will miss more — his team.

“It’s missing out on the experience of being on the track team,” he said. “The camaraderie of coming together throughout the season as a team, not just as an individual. It’s all the hard work in the offseason.

“… We focus a lot more on the team aspect. If you win a title individually, that’s great. But no matter what, it’s always for the team. Coach will throw people in different events two weeks before state — ‘you may not like it, but it’s the best way to get the team points.’

“It’s not an individual sport. It’s a team sport. From the first day of track practice, we have a countdown until the state championship. In the breakdowns, we’re saying, ‘state champs, state champs.'”

The Andale girls have won three straight and the boys won in 2019. They were poised to both win again.

And now it won’t happen.

For McPhail, he refuses to sit back and simply accept his fate.

McPhail won the 4A pole vault.

“Ever since the season stopped and during the spring break before we knew, I’ve bene running,” he said. “We have a lot of training stuff in our garage. I’ve been doing drills and trying to emulate the vault as close as possible. Whether it’s drills or a place that I can go jump. But everywhere is closed. I am working around it.

“Even though my season has been canceled. I don’t consider it over. I have a lot to do. I still have goals for myself. I still intend to break them. I won’t let this stop me from achieving those goals. Whether it’s official or not, I will work to beat those results. I’m keeping the same routine as if it didn’t happen.

“We’ve been training a long time, in indoor, in other sports. Now all that work has gone to waste.”

Other Andale track athletes we would have been watching:

Creighton Camp, senior: In 2019 finished ninth in shot put, had excellent opportunity to break school record in hammer throw, set by Gerard Spexarth. He also had his sights on the state record of 200-3.

Easton Hunter, senior: In 2019 finished fifth in the high jump and triple jump in first season in track.

Jayden Cates, senior: Andale swept the top three spots in the girls 4A pole vault with Cates taking second. She was looking to go over 12 feet.