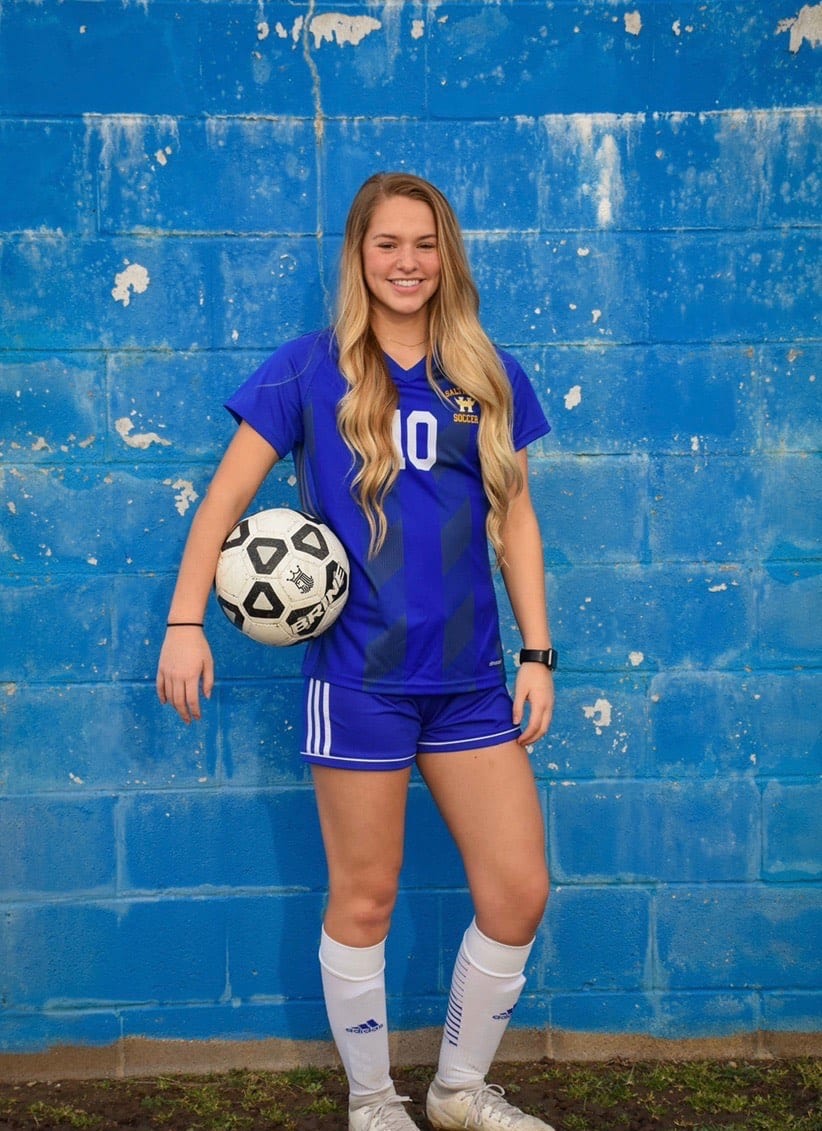 If you have an idea for a story about an athlete who didn’t get to play their spring sport, email me at [email protected]

Hutchinson senior Mckenzie Ontjes is living with some regret.

She chose not to play soccer through middle school or her first two years of high school.

“I always think about that,” Ontjes said. “I wish I would have played (earlier). I loved it when I played last year.

“… I was really devastated when we found out we wouldn’t have school anymore. “We cried together. We wanted to play together one last time. We’re close with the underclassmen, too, and it just sucks that we can’t have this last year together.”

Spring sports seasons were canceled due to COVID-19.

Ontjes played midfield for Azzurri when she was young, playing with a group of girls two years older than her. When they moved to school ball, she quit the sport.

She played  defender in 2019 and was named second team All-AVCTL I.

“My foot skills were obviously not as skilled as some of the girls on the team, but they made it easy for me. They made me feel really comfortable,” Ontjes said. “… I had so much fun last year. Playing with the girls, even when we were losing, they made it so much fun.

“I was really nervous at first because I hadn’t played in a long time. They made me feel so welcome on the team.”