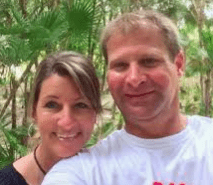 “I am excited about the opportunity to be the coach at East,” he said. “All those state championships hanging on the walls with 1925 their first one. They’ve had players every year, and I’m looking forward to working with the player we have.”

Kinnamon won four state titles in 19 seasons at St. John, a Class 1A school, and his team also holds the record for consecutive games won with 63. Of St. John’s 13 state appearances, 11 are under Kinnamon. St. John played in seven title games under Kinnamon, falling in 2017 in six overtimes.

In everybody’s career, you get to a point w here you are a little stagnant, need some change, a new challenge,” Kinnamon said. “I was kind of to that point.

“I want them to have that sense of family and sense of pride — wanting to come back, always interested in what is going on with the program. That’s the kind of opportunity I want those kids to have.

“That will be a big part of my program going in. The buy-in where trust can be developed and then I coach them hard.”

Kinnamon is the brother of McPherson coach Kurt Kinnamon, and his son, Kade, is an assistant with Augusta boys basketball.

Wichita East, which is the state’s largest school, has long been one of the top programs in the City League. The Aces won the Class 6A title under Jackson in 2015. The Aces have seven titles.

“Here’s the thing: basketball players are basketball players, no matter the level,” Kinnamon said. “The athleticism may be different. I’ve coached at a bigger school — I was at Ark City for four years — college players at big schools, small schools.

“Players are players. There’s no difference. We have kids who struggle with their home life, with their situation at home here in St. John, just like some will there (at East).

“The only difference is there will be a few more walking around in the halls.”