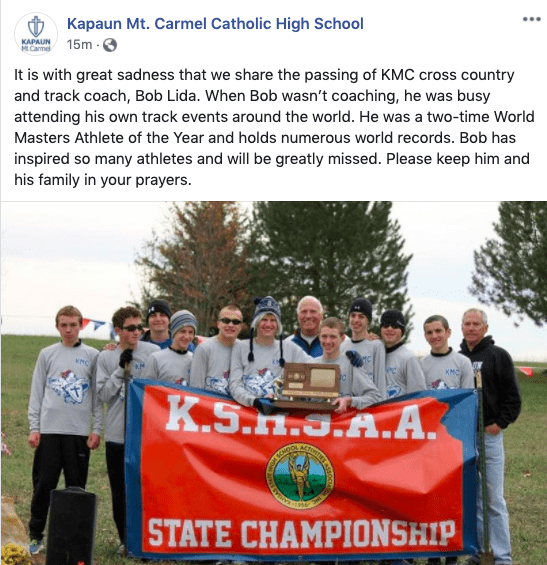 “I was able to transfer some of that knowledge to my daily life.”

Lida was well-known in running circles.

In a 2018 story on medium.com, Lida, then 81, was quoted as saying “there’s nothing more fun than running as fast as you can.”

Lida, despite being at least six decades older than his current track athletes, established close connections with the Crusaders.

“He was definitely like a grandfather for the sprinting team,” Bruening said. “But it was easier to connect with him because he was so kind and so sweet all the time. You could tell he knew what he was talking about.

“…He was always in a good mood. He could be really serious, but he was always very positive. He had such a great outlook on life.”