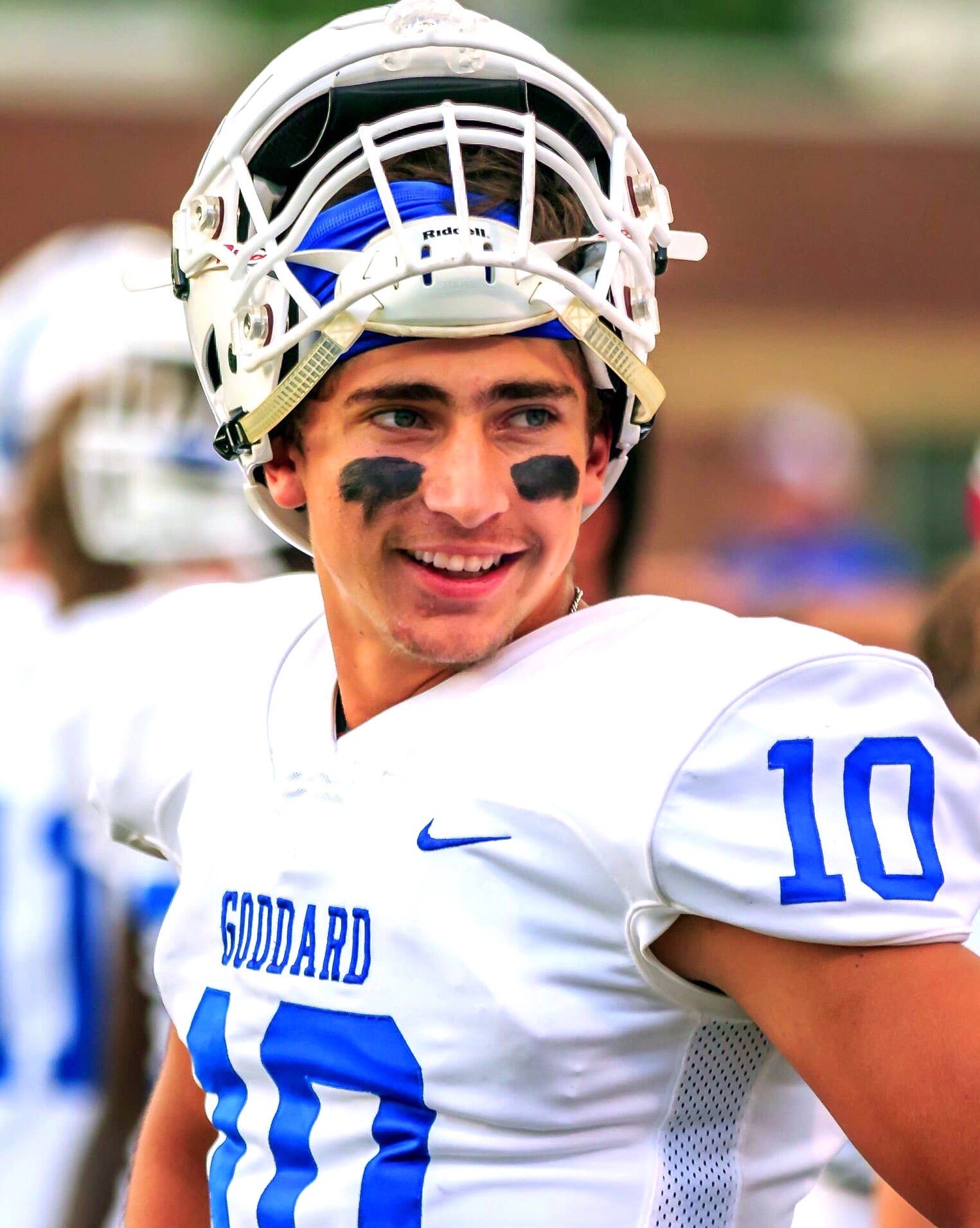 After three surgeries and finally getting released in May, Goddard senior quarterback Kyler Semrad is more than ready to be back on the football field.

“I was doing therapy constantly,” he said. “I finally got released from therapy in May, but it was pretty much every day therapy. I was grinding it out and trying to get back.”

Semrad tore his MCL and meniscus in Goddard’s fifth game of the 2019 season.

“I knew immediately that my season was done,” Semrad said. “Everything that I had worked for in the summer was all taken away just like that. It was really difficult, too, because it was my junior year, which is a pretty big year for recruiting.”

He had his first surgery in October, but due to a large amount of scar tissue which hampered his range of motion, he had another surgery in November and the third on Dec. 26.

“I’m just really excited to be back,” said Semrad, who had 1,058 passing yards in five games. “I have something to prove to everybody. I pushed my way back and made my way back.”

Semrad threw for nearly 2,000 yards as a sophomore after playing in eight games as a freshman.

By his junior season, he had improved his elusiveness in the pocket and could make plays on the run, as well as create plays.

Goddard moves back into 5A this season.

Semrad will be one of the area’s top quarterbacks again.

“I want to run a good, controlled offense, where I can break people down,” he said. “I want to throw it, mix in a few runs, air it out a few times.”

As for his personal goals, he’s specific.

“I want to be more consistent,” said Semrad, who wants to play college football and go into pre-med. “More accurate. I’m not necessarily looking to be the big dual-threat guy running everywhere. But I want to be a consistent thrower.

“In years past, my completion percentage hasn’t been where it should be. I want to have more completions, which helps everything.” 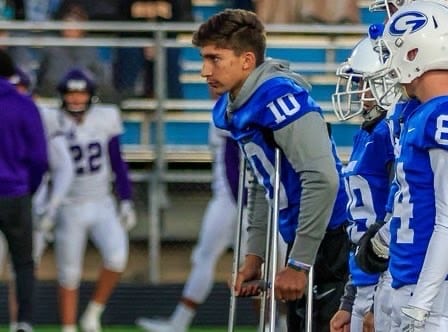 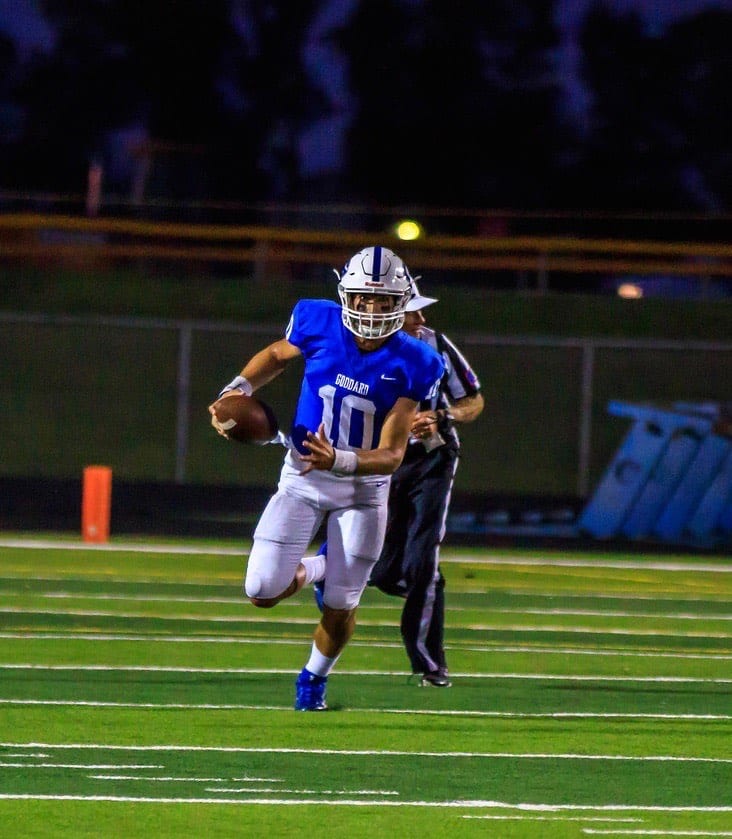 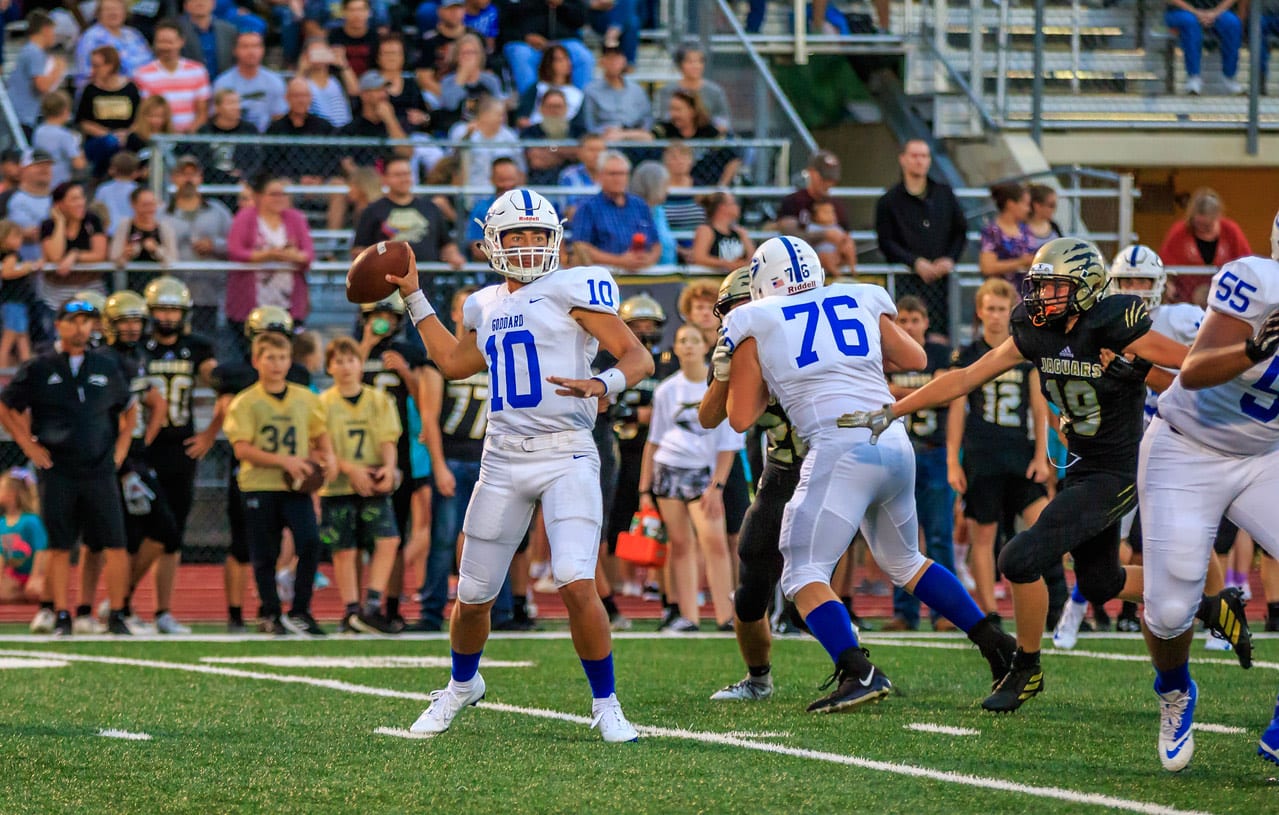