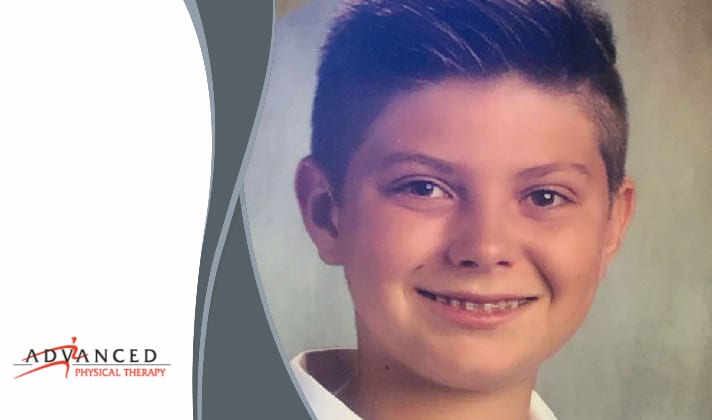 When Trey Harris entered his sophomore season with the Eisenhower High School soccer team, he never expected to have an injury that would sideline him for the rest of the school year. On November 26th, 2019, Harris suffered a torn ACL and meniscus placing him
on a path that would lead him to Advanced PT and a long road or recovery.

The center-midfielder is known for his quickness on the field and the ability to play tough defense. Having to finish his sophomore season
hurt has motivated Harris to get back to the field with the help of Advanced PT.

“As a parent I was always updated on his progress and any concerns they had with him returning to practice,” said Brad Harris, Trey’s
father.

Fighting his way back to the field wasn’t easy, but Harris kept his eye on the goal, which was playing sports again.

“Being able to play sports with friends again is what I enjoy most,” said Harris.

His expected return is no longer a dream as Harris has regained full motion and his practicing with the Eisenhower soccer team.

“I’ve gotten over the injury and have gained strength,” said Harris.

Harris completed his physical therapy at the Advanced PT West Wichita clinic and is now looking forward to completing as a junior for Eisenhower. His future plans include playing in the 2020 season, having a great senior year next year and continue playing soccer in college. Harris would like to attend med school one day. With his work ethic and determination, it’s clear Harris can accomplish any goal he sets for himself.

Post Views: 11
In this article:Eisenhower, Featured, Student of the Month, Trey Harris