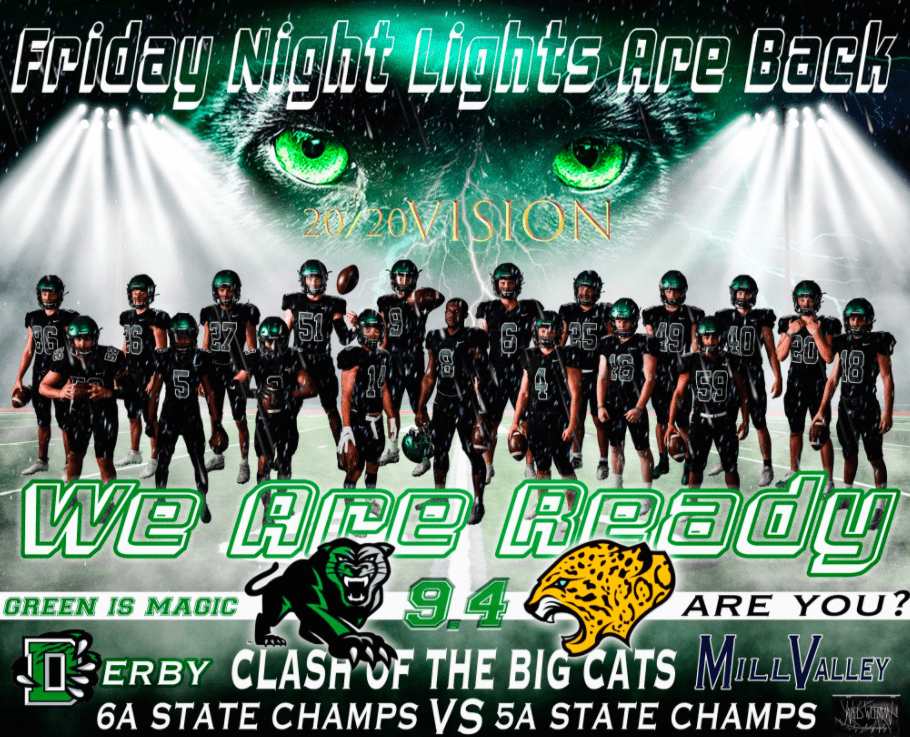 Here we are, living during a global pandemic, and it has affected one of the most basic joys for many people in our country — Friday Night Football.

Some districts are on hold, others are delayed, still others canceled the fall sports seasons.

But tonight, many teams across Kansas will get the chance to play although, there won’t be many fans in the stands due to Covid and social distancing.

The anticipation remains, though.

The game of the night is no doubt Derby at Mill Valley. The Panthers are the two-time defending Class 6A champions and are led by quarterback Lem Wash. Mill Valley is the defending Class 5A champion and coached by Joel Applebee, the cousin and former assistant of Derby coach Brandon Clark.

Maize South senior Braden Niemann is intent on enjoying every aspect of this season.

“I’m hoping we can play the full season,” he said. “I want to be able to find success with my teammates in my last year playing high school football.”