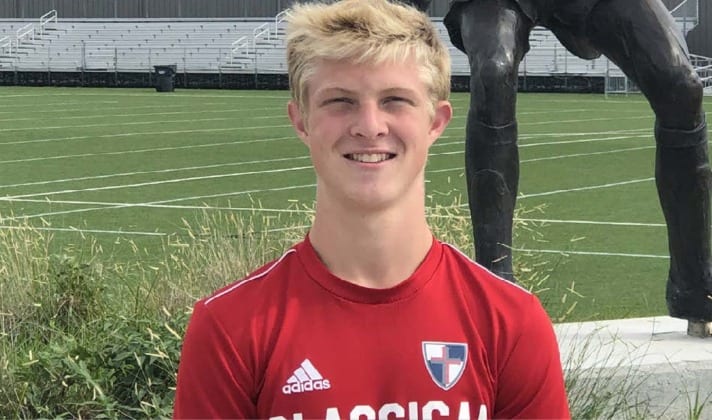 David Darrah from Classical School of Wichita was voted the Wichita Small Schools Boys Soccer Preseason Player of the Year. 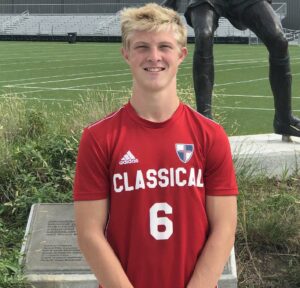 Darrah, a senior, was a second team all-state forward last season for the Saints. Darrah led Classical in goals (9) and assists (7).

“It is awesome knowing that all my friends and family were voting for me,” Darrah said. “And that they wanted me to win.”

Soccer has long been in Darrah’s blood as his dad, Mike, was the head coach at Maize for 17 years and recently was an assistant coach at Friends. Both of Darrah’s sisters, Cassidy and Macey, played college soccer.

“I have played soccer since I was about six or seven,” Darrah said. “I have always loved to play and always had fun.”

Playing soccer at Classical has been rewarding and challenging for Darrah, as the Saints are forced to play a difficult schedule. But Darrah
has embraced the opportunity and is focused on a successful senior year.

“I hope to be a good leader for my team,” Darrah said. “(I want) to maintain a good record even though we are playing bigger schools, and do well in postseason.”