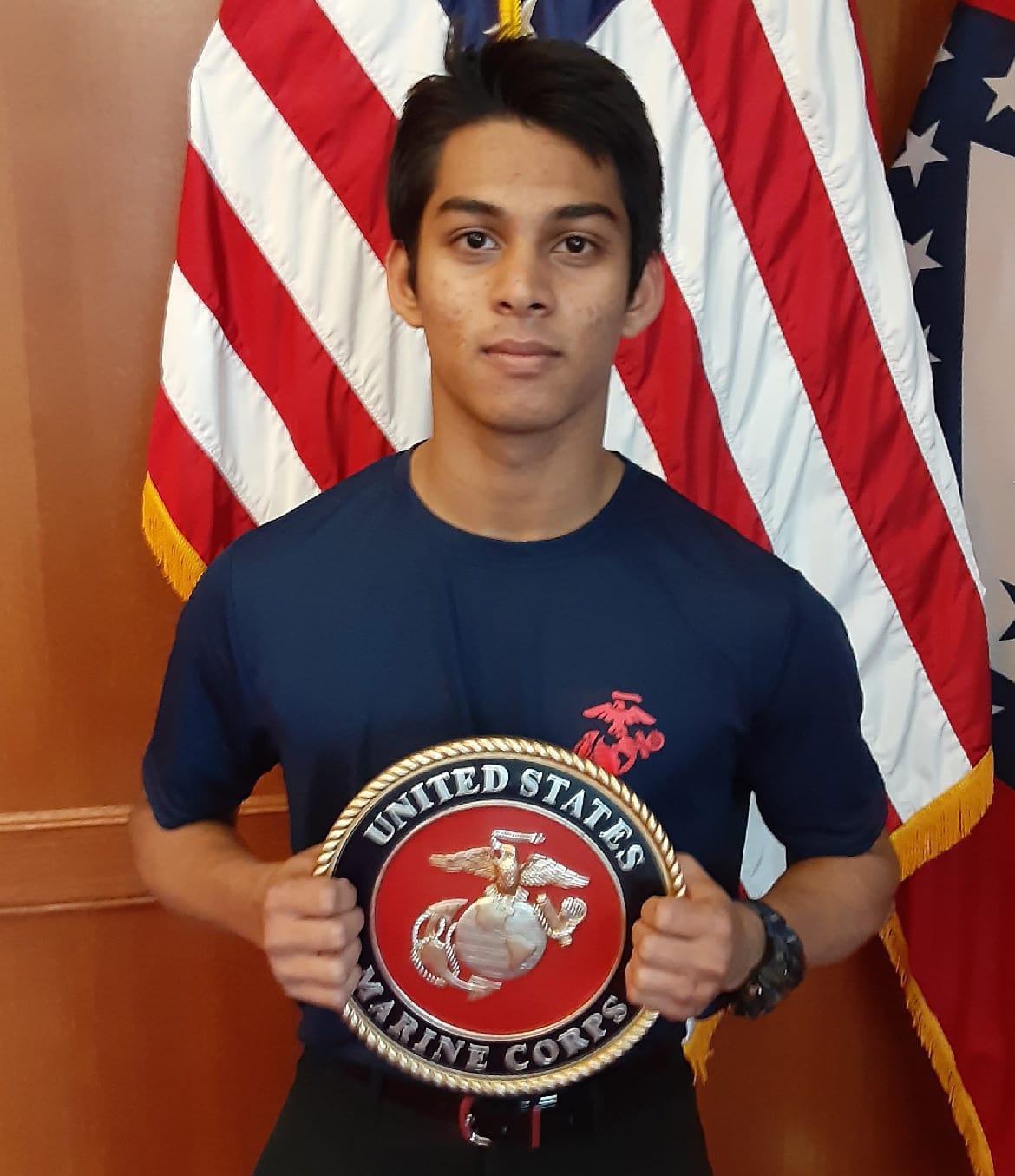 Southeast High School senior Mohamed Hanifah is a member of the cross country and swim teams at Southeast. Hanifah has been involved
with the JROTC program for all four years of high school. Hanifah has other interests as well including FFA.

“I am in the FFA Club, which helps with volunteering by the school garden and take care of the animals. I was in BTV (Buffalo television) newscast junior year as a photographer. Sports wise, I did track and field freshman year,” said Hanifah. 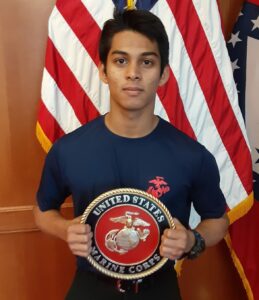 In May of 2020, Hanifah made the decision to join the United State Marine Corps before the start of his senior year.

Before deciding on the Marines, Hanifah looked at other branches including the U.S. Army and the Army National Guard. But for Hanifah, the Marines were the right branch for him.

Unsure of his exact job, Hanifah has chosen a skill that would not only provide him with an interesting career in the Marines but translate
into a good civilian job once his career with the Marines comes to an end.

“I have not yet received a MOS (Military Occupational Specialty Code), but I have chosen Aviation Electronics Technician as a possible
MOS,” said Hanifah.

Called “Hollywood” Marines, Hanifah will leave for basic training at the Marine Corps Recruit Depot in San Diego, California some time next
summer. He is excited to get his military career started and his family is supporting his decision to serve his country.

“My family was a little hesitant at first, but they were able to put that behind and agree and is wanting support my decision,” said Hanifah.

One of the benefits he is excited to use is attending college and obtaining a degree with no debt.

“I do plan on to take college courses while in the Marine Corps, but I’m undecided which college to go. I am planning to go active duty first before going to college,” said Hanifah.

Congratulations to Mohamed Hanifah for making the commitment to serve our nation as a United States Marine.