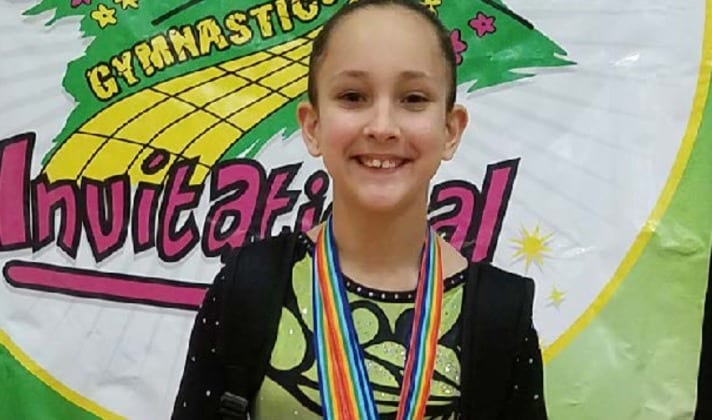 One sport that is known for being tough on its competitors is gymnastics. With the tumbling, landing and running, the legs and arms take the full force of the impacts on the ground and mat. Talia Torralbo is a fifth grader at St. Mary’s Catholic school in Derby. She’s also a dedicated gymnast and recently suffered an injury that would land them at APT for some rehabilitation work. 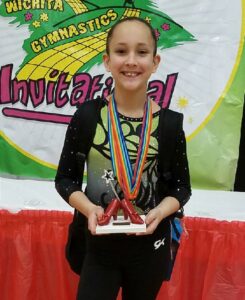 “The injury occurred at gymnastics practice,” said her mother Misty. “The injury was due to her growth rate and overuse and impact during gymnastics.”

Torralbo was diagnosed with achilles tendinitis, which occurs when the band of tissue which connects calf muscles on the back of the leg to the heel bone are overused.

While attending treatments at APT, Torralbo said her favorite part was, “pulling Patrick around in a chair,” but treatments continued at home until she full recovered.

“She is continuing gymnastics and has found a new interest in volleyball,” Misty told VYPE. “She hopes to run track when she gets to middle school.” Thanks to APT and her work to continue the stretching treatments taught by the staff at APT, Torralbo has a bright future in gymnastics and any other sport she decides to try.

APT has the staff and equipment to help gymnasts like Torralbo who suffer from injuries like achilles tendonitis.