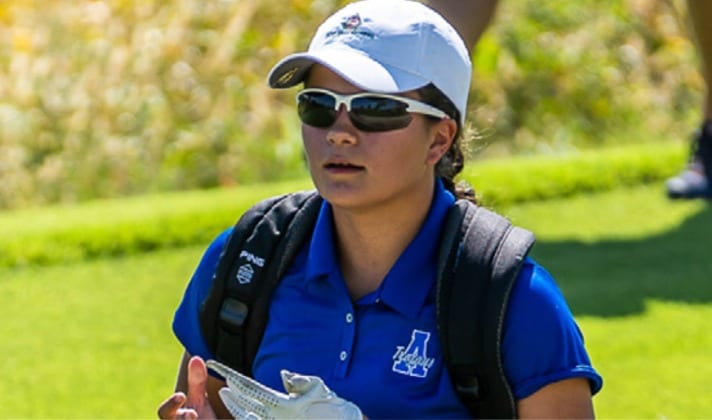 Andover finished third in 5A last year and returns Alivia Nguyen, who tied for 18th at 5A and 2018 individual champion, Tiffany Chan.

Shauna Lee from Andover Central returns and she took third individually at the 5A Tournament last year.

Lexie Ridder of Maize is back and she was a regional champion last year then finished in a tie for 10th at the 5A Tournament. Ridder’s
teammate Brooklyn Blasdel is also back after her 15th place finish last year.

Britney Wessley from Maize South returns where she placed ninth at the 5A Tournament last season.

Buhler is the defending champion in 4A and the Crusaders return three golfers from last year, including Lauren Specht, who finished eighth individually.

Winfield took third at 4A and the Vikings top two scores from that tournament are back in Elly Bertholf (sixth) and Chaney Littell (tied
for ninth).

Payton Ginter from Wellington took fourth at 4A last year and will be one of the favorites to win this year. 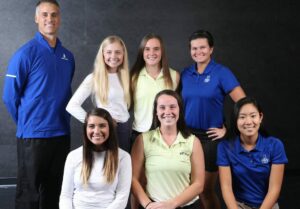 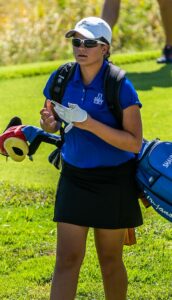 Kapaun Mount Carmel and Bishop Carroll will again be the top two teams in the City League and Class 5A. The Crusaders bring back Clara Whitaker, who was the singles champion, and Reagan Boleski, who was the singles runner-up. The Golden Eagles return Paige Stranghoner, who took third at state, and the doubles team of Hope and Heidi Lubbers, who took fourth at state.

Heralded freshman Brynn Steven also figures to be a state contender. Andover took third at state last season and figures to be a team that
can contend yet again in 2020.

Annabelle Adams from Circle was the 4A runner-up last season and will be a threat to win the 4A Tournament this year.

Sonya Murphy of Collegiate and Isabella Sebits of Trinity Academy took third and fourth respectively at the 4A Tournament last year and are back this year.

Buhler took second last season in 4A, but needs some underclassmen to emerge this season. Conway Springs finished third at the 3-1A Tournament last season, but graduated its vaunted doubles team of Kara Koester and Karlee Osner.