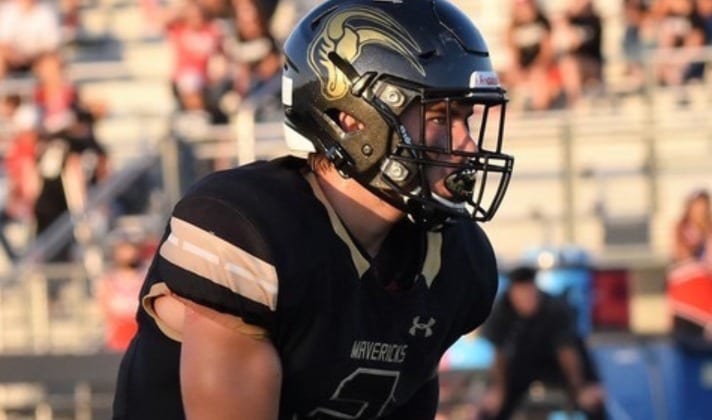 Football standout, and baseball player Jake Johnson, started playing football at the age of thirteen. Now he’s a standout player at Maize South High School and is ready for this season to get underway.

“I started playing football at 13, but I’m a senior now and I play wide receiver,” said Johnson. 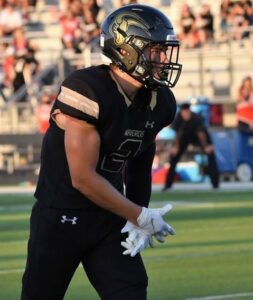 The wide out, like many of his teammates, has worked hard this offseason to prepare himself for the 2020 season. Not being afraid of hard work is one aspect of the team Johnson loves.

“We are hard workers on and off the field, we always have each other’s back and we play for each other,” said Johnson. Johnson said his favorite football memory is an easy one.

“My favorite memory on the football field is winning the regional champion game after going 10-0 in the regular season.” The Maize community helps motivate this team thanks to their support of the players.

“They are a very supportive and caring community. We would not be where we are without them,” said Johnson. Once he graduates from Maize South, Johnson plans to attend college and would like to continue his playing career. “I plan on playing football, if that doesn’t work out then I will attend a college just to go to school,” said Johnson.

Post Views: 0
In this article:Athlete of the Month, Featured, Jake Johnson, Maize South