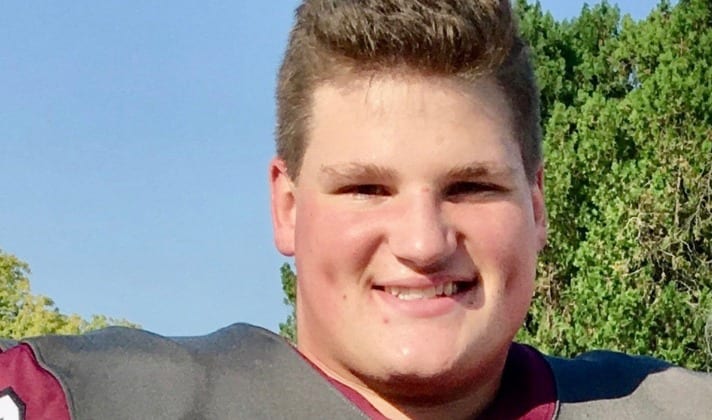 Salina Central football player Jake Eisenhauer is impressive on the field and in the classroom.  Eisenhauer is a three-year starter and he is the starting catcher for the baseball team.

“What I love most about the team and my teammates is what we represent. We represent respect, hard work, and determination. We are S.C,” said Eisenhauer.

Throughout his high school career Eisenhauer has maintained a 4.0 GPA.

“Academics are very important to me,” said Eisenhauer.

“I am excited to be back in the classroom, and playing sports with my teammates once again.”

This year Eisenhauer was voted as the team captain by his teammates.

An honor that he does not take lightly.

“It is an honor and a privilege to be voted as one of our team captains. I look forward to leading our team to a successful season,”
said Eisenhauer.