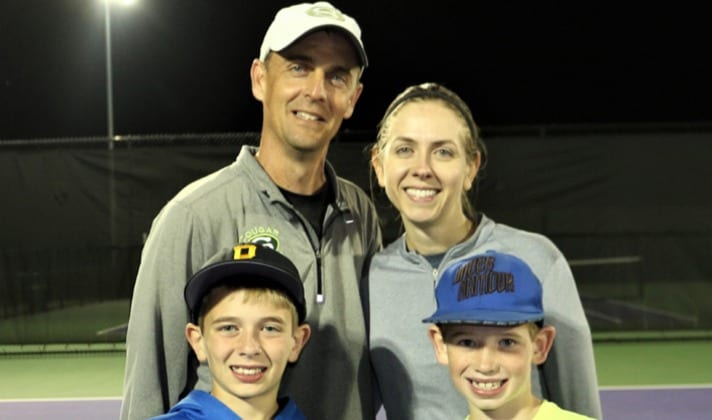 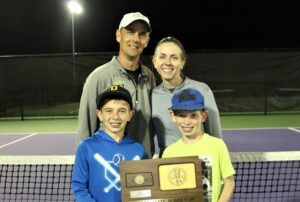 “Our girls tennis team is coming off the two most successful seasons in school history (5A runner-up in 2019, and 5A 3rd place in 2018). We graduated two outstanding players, Robyn Logan and Jillian Coleman off of last year’s team, but we still have some very solid players returning, highlighted by Alexxa Nunemaker (Sr.), Iliana Armbrust (Jr.), and Tess Daily (So.). I am very excited about the prospects of this season,” said Stuart.

Coaching in 2020 does have a new look and coach Stuart, like many others, is taking the proper precautions for his players.

“Obviously, the safety of players, coaches, and spectators is the number one priority, and I feel very comfortable with the procedures in place to mitigate COVID-19 concerns. At the same time, it is so refreshing to see our student-athletes out competing again,” said Stuart.

Stuart said the most enjoyable part about coaching is the, “day-to-day interactions with my players which lead to lasting relationships.” There are many reasons why coaching and teaching at Salina South is special to Stuart.

“First and foremost, the student-athletes, and the parents who raised them, have been very supportive. The administration has also been
very supportive throughout the years. Another very special part of coaching at Salina South is the number of extremely talented assistant coaches I have had the privilege to work with, and the comradery which has been built with them,” said Stuart.

Over the years several people have mentored and taught Stuart a lot about being a coach and educator. “Longtime Salina South boys’ basketball coach, Denny Wahlgren, was the first head coach I worked for. Coach Wahlgren is extremely knowledgeable, and I learned so much from him, and still do to this day. When it comes to tennis, two coaches come to mind. First, Connie Cox-Dorf, who coached tennis
at Bethany College, and then decided to help a very green, first-year head tennis coach, 14 years ago.

Second, Micheal Goll, head tennis coach at Salina Central, who 18 years ago hired me to help him coach tennis at Salina South Middle School, where at the time, he served as head coach. It is impossible for me to even put into words how much Coach Cox-Dorf and Coach Goll have taught me over the years,” said coach Stuart. “The above coaches, and countless more, have helped me so much throughout my
coaching career. However, the biggest mentors to me will always be my parents. Alan and Mary Stuart.

If I am able to help guide even a few of my studentathletes as well as my parents have guided me throughout my lifetime, I will consider my career a definitive success!”

Post Views: 0
In this article:Coach of the Month, Featured, Ryan Stuart, Salina