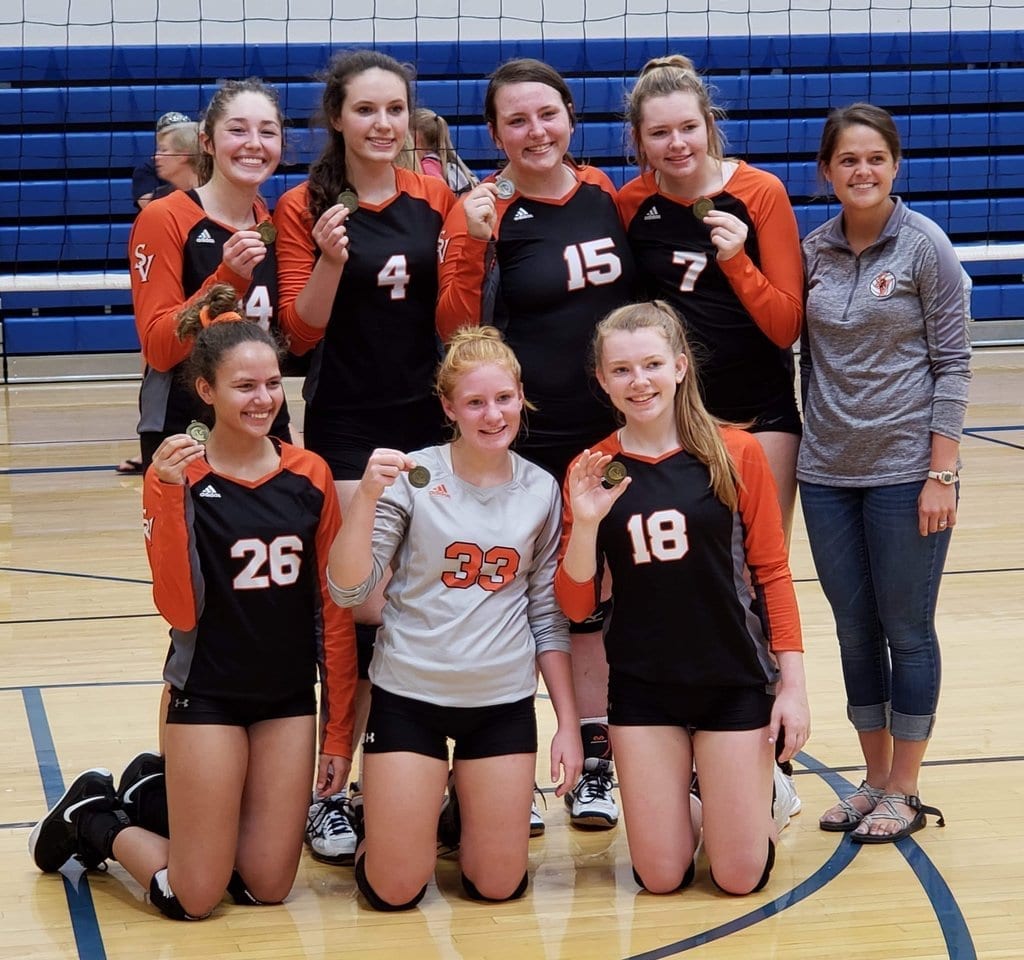 It was a long time coming for the Hanover volleyball program, as the Wildcats had not won a state title since 1979, according to the school’s Facebook page.

In the championship match of the 1A Division II Tournament, Hanover took down Attica (25-18, 25-19) to win that elusive championship.

Bishop Carroll defeated Maize South in the consolation match of the 5A Tournament.

The Eagles, which were seeded second in the tournament, fell to Lansing (25-22, 25-23) in the semifinals. The Mavericks fell to eventual champion St. Thomas Aquinas (25-8, 25-9) in the other semifinal match.

Carroll narrowly defeated Maize South in the first set, 25-17, but then cruised to a 25-7 victory in the second set.

For the second straight season, Andale came up short in the 4A championship game.

Andale took down McPherson in the semifinals.

Hillsboro took fourth at the 2A Tournament, falling to Wabaunsee (25-22, 25-23) in the consolation match.