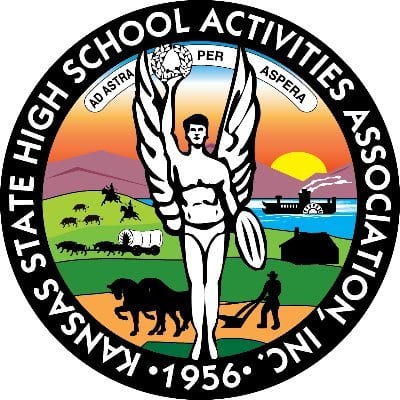 The KSHSAA Board of Directors voted 53 to 22 in favor to start winter sports as planned on December 1 and to have a competition moratorium from December 23 through January 7.

Schools have the option to return to competition on January 8, with practices allowed to begin on January 4.

All sports can play the maximum number of regular season competitions like in previous seasons.

“We have been worried for some time that there won’t be season or there will be a delayed season,” Campus boys basketball coach Chris Davis said. “To see comments of support that were made today was overwhelming.”

The Board of Directors also voted 50-26 to not have fans in attendance of any competition through January 28. The Board then voted 70-7 to have each school determine the number of attendance from January 29 through the end of the regular season.

“Fans or no fans, we just want to play,” Clearwater boys basketball coach Dustin Clevenger said. “We will do whatever it takes to make it happen.”

One of the other items voted on was the restriction of basketball and wrestling tournaments. The amendment of four basketball teams playing concurrently and wrestling eight teams or 112 participants passed 59-15.

So eight team basketball tournaments can still be held, as long as there are two gyms available.

The board also voted 76-1 to require all non-participating attendees to wear a face covering throughout the duration of competition. This includes coaches and athletes not competing.

Davis said he and his team have not thought about not having family and friends in the stands. They are just so relieved that there will be a season and it will be starting on time.

“I am just so happy that the kids get to play,” Davis said. “Whatever the stipulations are we will deal with it. We will follow those because that’s what is best. I tell you, those camera companies are going to be making a lot of money because a lot of gyms are going to be needing cameras now.”

Clevenger added that his team has tried not to be distracted by Tuesday’s vote and rather have been focused on preparing for the season like normal.

“Our focus has been controlling what we could control and putting all our effort into the season opener,” Clevenger said. “The players were obviously happy with the outcome today, specifically our seniors who lost their entire spring season last year.”