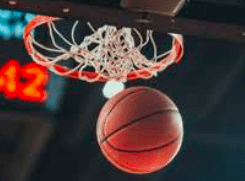 Campus 64, SM South 43 — Stevie Strong led Campus with 15 points, all in the second half and making 7 of 7 free throws. Sterling Chapman hit three threes in the second quarter and finished with 11 points and 15 rebounds.

Cheney 58, Haven 43 — Jack Voth led Cheney with 22 points and seven rebounds, hitting 8 of 11 shots, including 5 of 6 from three. Harrison Voth added 13 points off three threes and Luke Grace had 10 points. Harrison Voth also had four assists and four steals, while Ryan Doshier had four assists. Haven’s Hunter Barlow had 10 points, and Darby Roper and Zane Jacques each had six rebounds.

Circle 59, Chaparral 49 —  Circle’s Luke McGinnis had 21 points, Drew Middleton had 17 and Trevor Cowman 11 in the win. Jackson Swartz scored 16 for Chaparral and Alec Pfaff had 14.

Kapaun 70, Hutchinson 50 — Grant Johnson led Kapaun with 18 points, while Will Anciaux had 16 and Blake Danitschek had 15.