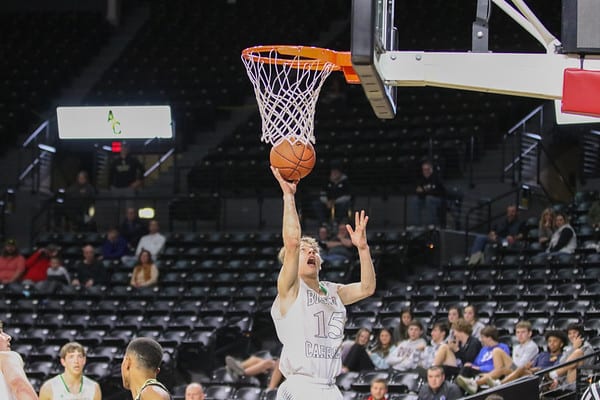 Three of Bishop Carroll’s top basketball players are seniors Alex Littlejohn, Carter Reid and Enrique Lankford. Coach Mike Domnick breaks down all three players’ games on and off the court.

Alex Littlejohn: “Alex (6-foot-5) has been a first team All-City player since his sophomore year. Averaged a double/double last year and is among the league leaders in assists, steals and deflections. Has an unbelievable motor. I use the word relentless to describe his approach to the game. Has verballed to Kansas Wesleyan. Alex is averaging 15. He comes from a large family and has to help with transportation and taking care of his younger siblings.”

Carter Reid: “Carter (6-foot) was an honorable mention All City player last year. Had a terrific summer and has verballed to Southwestern College. He had to endure the loss of his dad at a young age and has focused on basketball as one of the ways to overcome him missing his dad.”

Enrique Lankford: Enrique (6-foot-3) has been a starter since the first game of his freshman year. Broke his foot that year after eight games. Was all tourney in Dodge City his sophomore year and was first Team All City last year as a junior. Phenomenal shooter. Shot the 3 from a 45% clip last year. Had another foot injury last summer so he’s kind of flown under the radar (plus Covid has changed recruiting for this year). He led us in scoring last year and currently is second averaging 14 per game.”

The rest of the seniors: “We are a senior-led team this year. Only one junior (Michael Polley) gets much playing time. The other three seniors are Will Biby, Preston Rottinghaus and Stephen Nguyen…. These four kids led the JV last year to an undefeated season. The varsity also had an undefeated regular season last year. They lost the substate final on a last second three to Andover Central. This senior group has won (Class 5A in 2018) won the Dodge City tournament and finished fourth in state in 19 and went undefeated last year during the regular season (also winning the midseason tourney at McPherson). Plus being the first team in school history to win the City League. So quite an accomplished group of guys. Last three seasons they have gone 20-5, 18-7 and 21-1.” 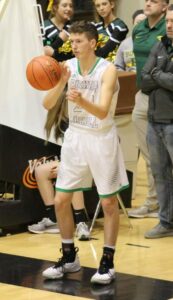 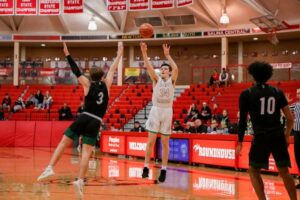