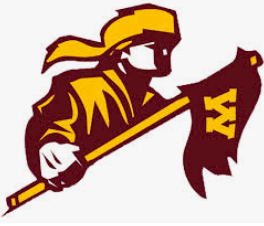 The West boys basketball team has had one issue after another with Covid-19.

In December, the Pioneers played one basketball game and had 19 straight practices because of Covid-19 quarantines hitting other teams. By the time they could finally play on Dec. 17, West was put into quarantine on Dec. 16.

And over the coming week, West will finish the regular season with games on Thursday, Friday, Saturday, Monday and Tuesday. That’s five games in six days.

Yet through it all, the Pioneers will have only missed two games.

“Everybody has worked tremendously hard to get the games in,” West coach Tommy Brumbelow said. “I give a lot of props to our (athletic director), all the ADs and (City League AD) J Means for getting games rescheduled.

“… My wife and I were talking about it last night. This has been one of the more stressful seasons, and it wouldn’t just be for me but my assistants and every other program.

“But it’s hard because the guys put in so much work.”

The athletes have been flexible with their roles, their games, everything. They have worked hard continuously, regardless of who is on the court or in the gym for practice.

“The Covid stuff has been so hard to do the team bonding things you want to do, for example, bowling,” Brumbelow said. “… But the guys want to get better, they want to be there. It’s always hard to not give the next man up the opportunity, so that’s how we approached it.

“We do it for an hour and a half and give everything we’ve got. The last five practices have been the freshman program and the two varsity guys who tested negative. (Monday) was the first day back for two others out of quarantine. Hopefully we’ll be back Wednesday for a practice before the gantlet to end the season.”

“There’s been some teaching, as far as positive things go,” Brumbelow said. “It’s the next man up, so guys have to stay ready.

“The life lesson is, you never know when your number will be called. Through it all we’ve approached it as, ‘these are the guys we’ve got, let’s get better.'”