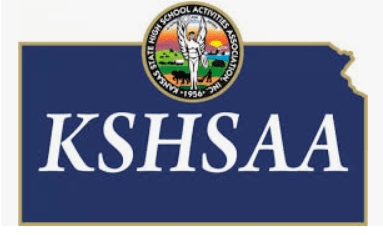 Jaydan Hall with a layup and two free throws gives Campus the lead.

Campus used a 7-2 run — including two baskets by Andrew Howard — to get within 18-17 in the first two minutes of the second quarter.

Campus took a 32-26 lead into the break, with Stevie Strong leading the way with 14 points and three steals. Jaydan Hall had eight points, Andrew Howard six and Sterling Chapman four.

BV North hit 5 of 8 field goals in the first quarter but was 4 of 14 in the second as Campus made its run. Kernan Bundy, Isaac Patterson and Luke Adams each had six points and Patterson added six rebounds and three assists.

Stevie Strong with eight points to lead Campus, which trails 16-10 after one.

After one, Topeka held a 15-14 lead after Ericka Ojeda hit a late three for SMNW.

Topeka hit an early field goal, but then went cold. SMNW with the 26-19 lead with a minute to go.

SMNW’s Saige Grampsas has 12 points and is perfect from the field and the free throw line.

Kiki Smith and Tae Thomas both hit threes to put Topeka up 32-31 over SMNW with 5:33 3Q. After an SMNW time, Nijaree Canady was fouled inside, hit both free throws for the 34-31 lead.

Nijaree Canady with 16 points for Topeka, while Saige Grampsas has 15 for SMNW and Kennedy Taylor 13.

Aquinas was led by Beatrice Culliton, who had 16 points and 14 rebounds, and Jamya McPherson with 10 points. Charlotte O’Keefe had 12 rebounds.

St Thomas Aquinas led 14-9 after one.

Aquinas with the win, its fifth straight.

It is Maize’s first title.

Maize with the 22-15 lead over Topeka West. Maize outscored Topeka West, which didn’t have a second period field goal, 12-3.

Avery Johnson has a game-high 10 points for Maize, while Marque Wilkerson has seven for Topeka West.

At the half, Bishop Miege had a 48-23 lead over Louisburg.

Bishop Miege with a 12-11 lead over McPherson.

Grace Pyle with a three-pointer to get McPherson within 34-30 with 2:24 to go in the period. Payton Verhulst has three fouls for Miege.

Kylee Scheer scored 25 points to help lead the Cardinals to the undefeated season. Scheer hit 9 of 9 from the free-throw line and made two threes, and also had five rebounds and four steals.

Campbell Hague and Korri Lies scored nine apiece, and Lies was 3 of 5 from three.

Cheney’s Kylee Scheer led the Cardinals with 11 points as they took a 29-20 lead over Sabetha. Sabetha’s Leah Renyer had 12.

Galena was led by Brett Sarwinski’s 19 points, and Tyler Little had 10 rebounds.

Hesston opens with an 8-0 lead.

Brett Sarwinski answers with his own 5-0 run for Galena.

Wabaunsee was led by Braden Meseke’s 22 points and Cade Oliver’s 12.

It is Sterling’s first title.

Sterling leads Colgan 26-17 at the half.

Olpe’s Macy Smith scored a team-high 13 points and had five assists, while teammate Maya Bishop had 11.

South Gray’s Brent Penner had 14, while Brady Deges and Aaron Skidmore each had 11.

Olpe has a 7-6 lead over South Gray after one.

Cunningham’s Morgan Meyers had 15 points and five assists, while teammates Madie McGuire and Maddi Panek each had eight rebounds.

At the half, Cunningham and Central Plains were tied at 17-all.

Hanover’s Keagan Dimler had 18 points on 6-of-8 shooting, Jacob Jueneman 11 and Blake Hynek 10.

Hanover leads Elyria Christian 24-11 at the half.