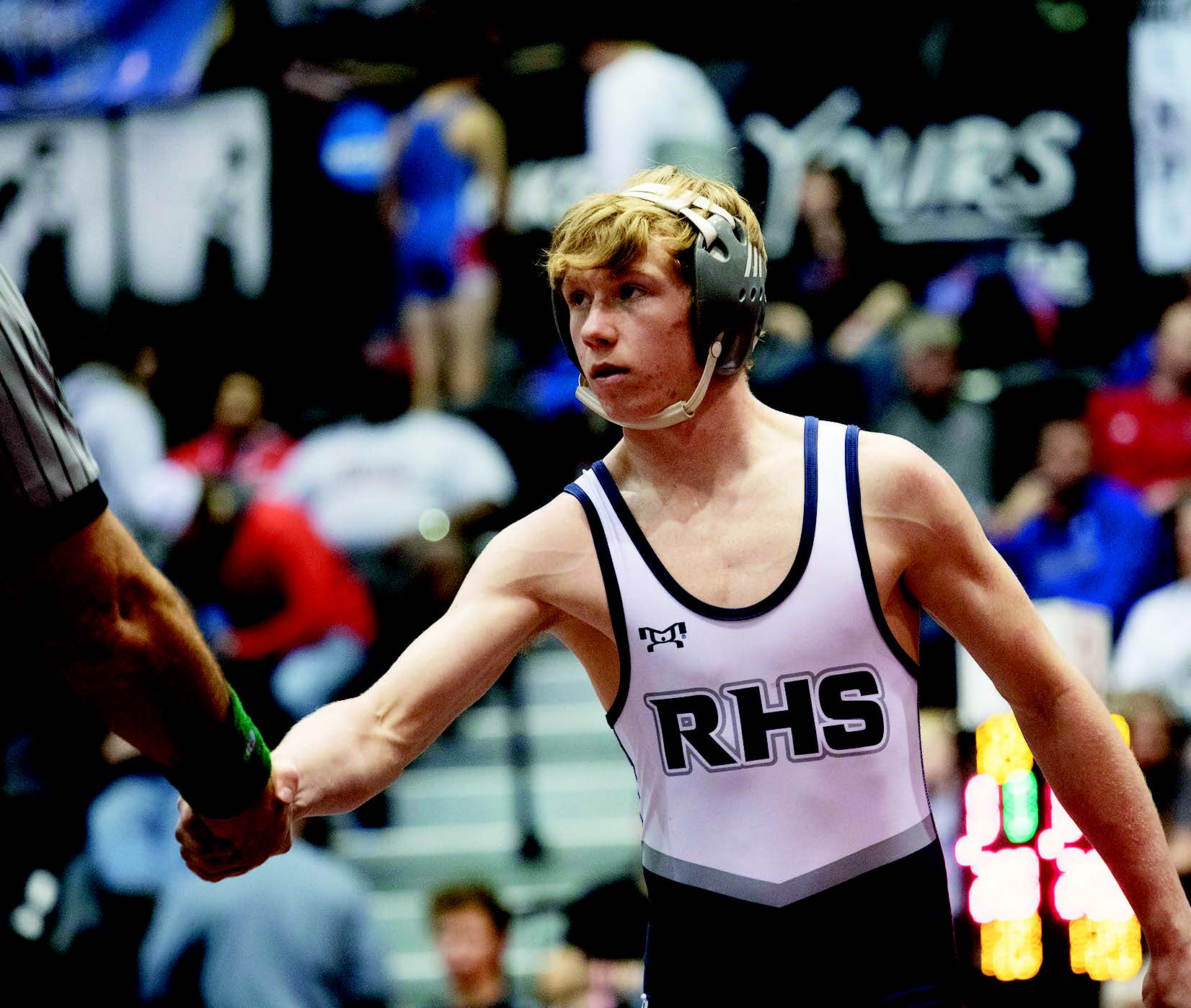 Wyatt Wright of Remington was chosen for the Hog Wild Performance of the Month for March. Wright has been the top-ranked wrestler in the 120-pound weight class in Class 3-1A for most of the season.

“I have been practicing every day this season at 100 percent to make sure I will have no regrets and no excuses at the end of the year, considering this is my last year in high school,” Wright said.

Wright said being ranked No. 1 has made the season more challenging in that all of his opponents have been chasing him down.

“It most definitely has a lot of pressure being ranked No. 1, just because it feels as if I have a big target on my back,” Wright said. “Then having the thought of everyone training harder, trying to get me out of the first place spot.”

There is one area of Wright’s technique that he has been trying to perfect this season in order for him to achieve the ultimate goal of winning a state championship.

“The one area I have been targeting or say perfecting, is my shot,” Wright said. “I’ve spent a lot of time perfecting this, making sure I’m getting close enough and committing. I find that the hardest, just committing.”

Wright loves to travel and see the country, so once he graduates he wants to start a career as a lineman.