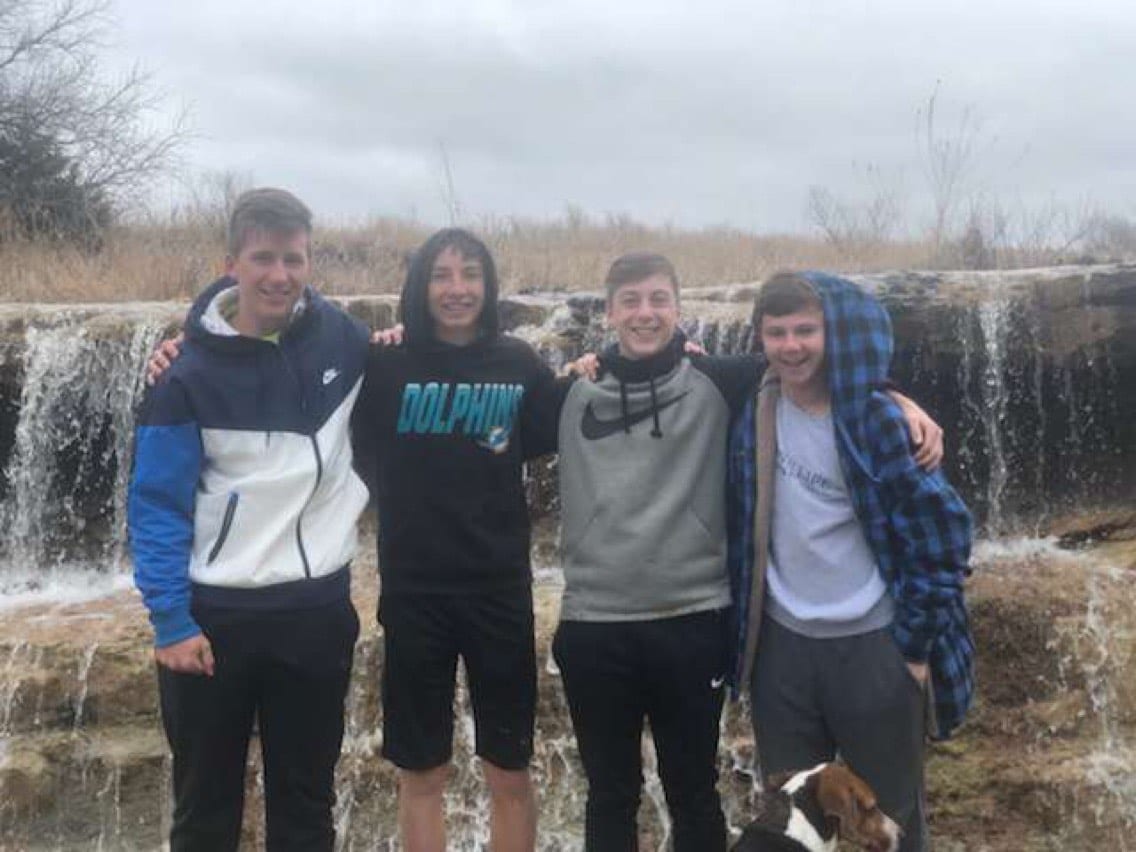 The friendship between Maize South seniors Garrison Wright and Jaden Tredway and juniors Grayson Wright and Harris Kossover started on the tennis court.

Tredway and Garrison Wright first became friends when they played middle school tennis together. That relationship naturally expected to Grayson Wright, Garrison’s brother, who was friends with Kossover. And then Tredway discovered that Kossover lived two houses away.

The friendship between the four was born.

“Once we started to hit together, we realized we have a ton of the same hobbies,” Tredway said. “One is fishing, and we go a lot together. We play ultimate frisbee, disc golf and basketball together quite a bit.”

And if they aren’t together, they’re texting. Or they’re going to watch a college tennis match together. Or maybe meeting up to hit or lift weights.

While they’re competitive, it’s all about making each other better — and just hanging out together.

“It’s definitely special,” Kossover said. “The way we push each other also, I don’t know if anyone else in the state has this. We’re pushing each other to be better. It’s an asset, the ability to push each other.”

After the tennis season, the four players will take their usual fishing trip to the southeast Kansas ranch that Kossover’s family owns.

The Wrights and Tredway have pretty similar personalities, while Kossover is the one who’s going to get everyone laughing.

“He’s the funny guy,” Wright said. “But when he says random stuff, JT (Tredway) will call him out on it.”

And when it comes to tennis, they have different strengths.

“JT is just all around so good,” Grayson Wright said. “He gets every ball back. Hits it with pace, plays the whole court. He’s the smartest player I’ve ever seen on the court. He doesn’t hit as hard as me or Harris or Garrison, but he places it wherever. He knows what the opponent is doing and thinks about it before he hits the ball.”

Tredway, who finished sixth in singles as a sophomore, will go to Emporia State to play next fall.

As for Garrison Wright, who will play at Kansas Wesleyan, his game is rife with strength.

“He is by far the biggest of all of us,” Tredway said. “He’s taller and stronger than all of us, he hits very hard. We have to play defense when we play him.

“Grayson is a combination of Garrison and I. He can hit hard when he wants to, but he can do slices and drop shots to move opponents around. You never know what to expect.”

The Wrights, who finished sixth in doubles in 2019, are a lethal combination. Because Garrison is so strong, opponents struggle to return his serves and shots, which sets up Grayson, who dominates at the net.

As for Kossover, he’s aggressive and prefers to get to the net as quickly as possible. His improvement since his freshman season has been impressive.

“It’s been a really big jump, just my off-the-court mentality,” he said. “Over the last six months, I don’t know if a switch was flipped, but I’m playing better and I’m excited about playing…. My love for the game, the improvement and my maturity on the court and in the way I practice has changed.”

Losing the 2020 season due to Covid-19 has also resulted in the friends ratcheting up their offseason workouts, along with teammates Landon Eskridge and Mitch Krumm.

“I’ve put in way more work than I have in years past,” Grayson Wright said about missing his junior season due to Covid-19. “I feel that motivated us. Us four guys really want to go and win a title this year.”

Maize South finished second to Salina Central in the 2019 Class 5A tournament.

“We have been wanting this ever since they were freshmen and we were sophomores,” Tredway said. “We have a pretty big rivalry with Salina Central, so we have been talking about it nonstop. We are hungry for the title.”

“This is our big shot,” he said. “We’re trying to win state. We’re all working super hard this year. Really, the mentality is that we will win state this year.” 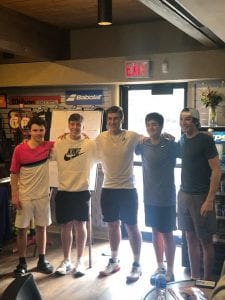