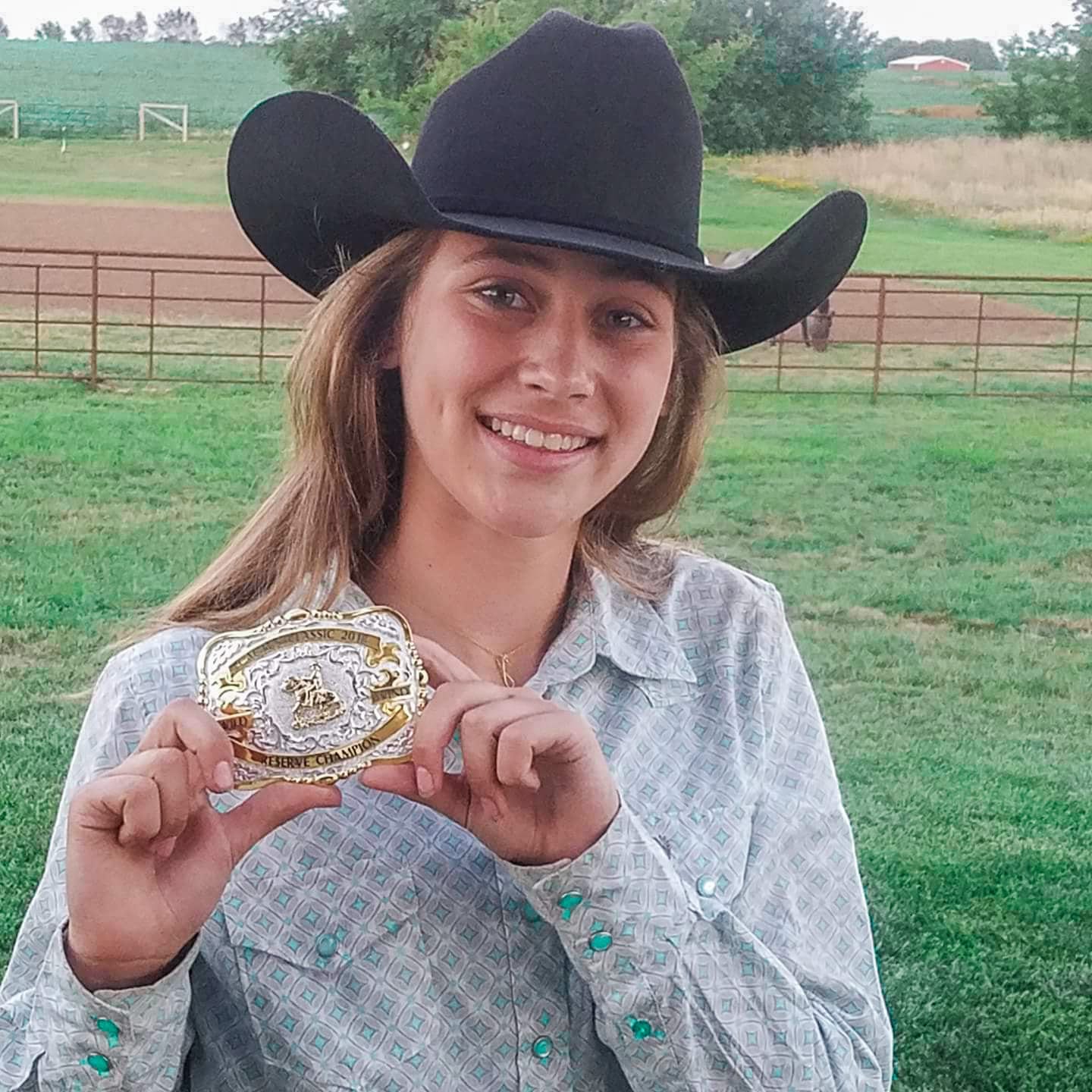 The reasons why Garden Plain sophomore Jordyn Trout plays volleyball and basketball for the Owls are pretty simple.

“I mostly play sports to be social, be around my friends and be active,” Trout said.

But her true passion? Now that’s in horse shows.

“I’ll choose the horse shows over everything,” she said. “… I put in hours every day working.”

Trout started 4H, but her world changed when her mom, Lisa, suggested she do a project on horses. Trout’s grandfather, Clif Morrison, raised horses in Scott City, so it made sense.

“So I’ve grown up around them,” Trout said. “… My grandpa gave me Twister, who was a heading horse used for team roping. We had to learn so much together. He was on the ranch doing work, that’s what he was raised up to do.

The two also got some help from Billy Allen, who was inducted into the American Quarter Horse Hall of Fame in 2019.

“My grandpa got me started,” Trout said. “And then when a horse lopes, we really struggled with which foot is supposed to be going first. Billy Allen helped me a lot with that.”

Trout has shown Twister for eight years and has won awards through the American Quarter Horse Association, 4H and South Central Stock Horse Association. She will be competing in the Versatility Ranch Horse AQHA World Championship for the second time.

“Trail is my favorite,” Trout said. “It’s kind of like an obstacle course for the horse. you go over the bridge, open gates, there will be raised logs and you’ll  jump over them.” 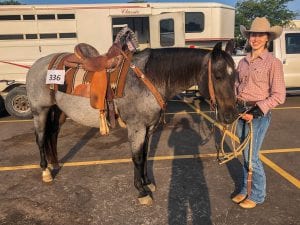 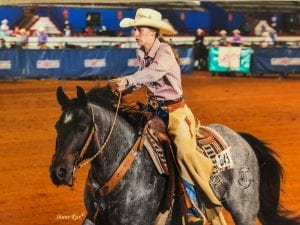