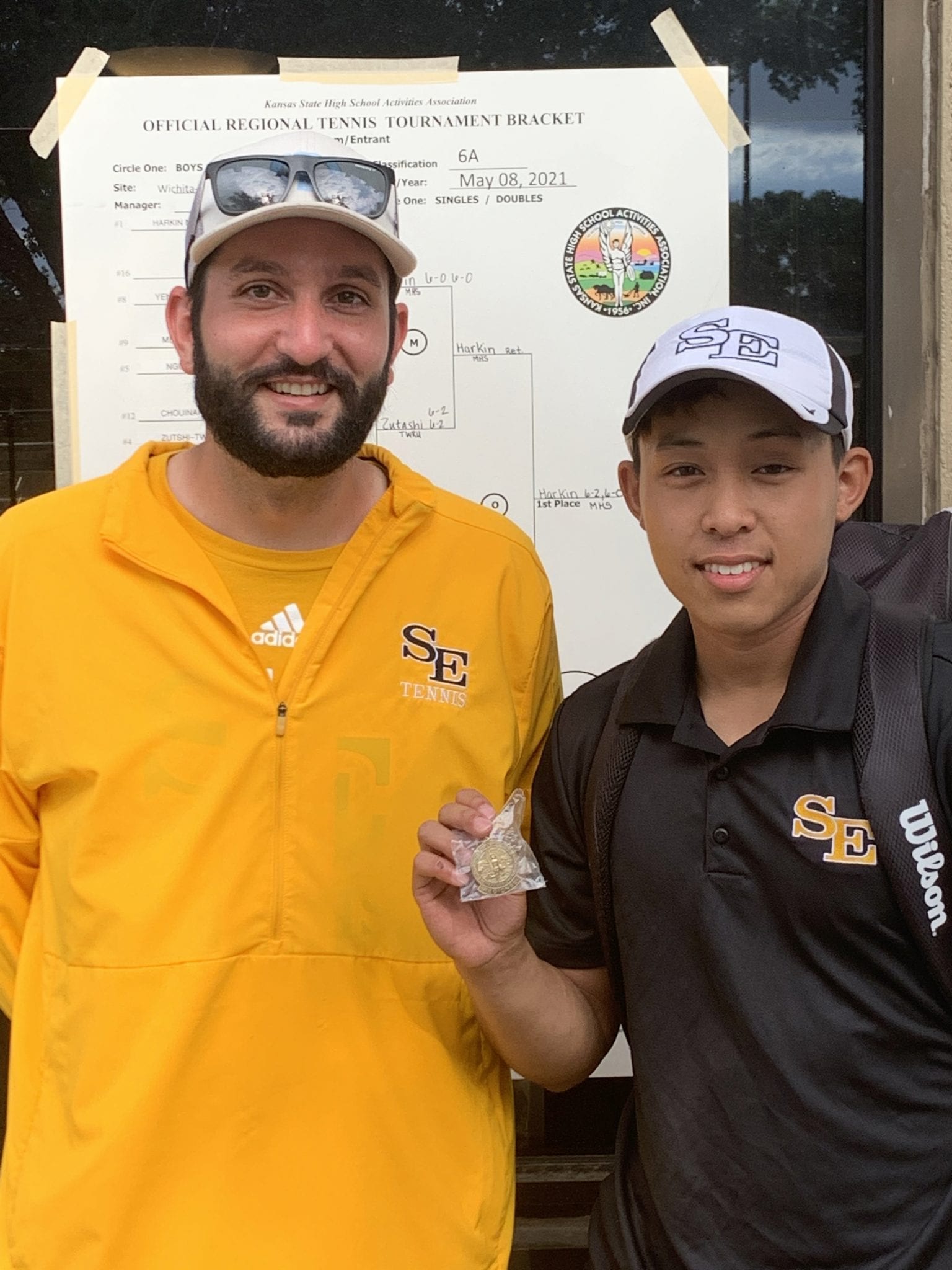 The pressure to advance to the Class 6A tennis tournament weighed on Southeast senior Tim Nguyen during regionals on May 7.

“I really wanted to go, and senior year was my last chance,” he said.

Nguyen qualified for the 6A tournament, which is Friday and Saturday at SM East, but he didn’t realize just how big of an accomplishment  it is.

He is the first Southeast boys tennis player to qualify for the state tournament since 2007 when Nate Kirk won the 6A singles title.

“That was surprising,” Nguyen said.

But the pressure on Nguyen wasn’t because of Southeast’s state drought. It’s because he and his teammates wanted it so badly.

“State was the expectation coming into this year,” coach Eric George said. “We tried a doubles team with Tim and then switched it up for him to focus on singles.

“That pressure, you kind of prepare for it, but when you’re in the moment to qualify for state, you don’t realize what you’re actually playing for. Just settling down and playing with that pressure was really impressive to see.”

It’s such a special moment that the whole team — even though Nguyen is the only one to qualify — will be going up to SM East to cheer him on.

“I just want to last as long as I can this weekend,” Nguyen said. “It’s pretty reassuring for me that they’ll all be there.”

“I was kind of nervous because we missed out on a whole year of coaching (in 2020) and playing match play,” George said. “But he showed up Day One and he made another huge step.

“Consistency, that’s the biggest one, and also finishing points…. The biggest difference for this year is he was finishing off points, and when we had him on the ropes, he was putting the ball away.”

Nguyen noted that when he began playing as a freshman, he’d get frustrated with his mistakes.

Nguyen has never had a professional lesson, though, which makes his state berth even more impressive.

“There’s such a barrier of entry to be a top-level player,” George said. “There’s so much skill involved in it. Even if you’re the greatest athlete, you won’t be able to qualify for state or be a top-tier player. You have to put in the work and be dedicated. It’s truly a craft.

“So to do that without someone teaching you proper technique. It shows this is a kid who wants it and puts in the effort to go get it.”