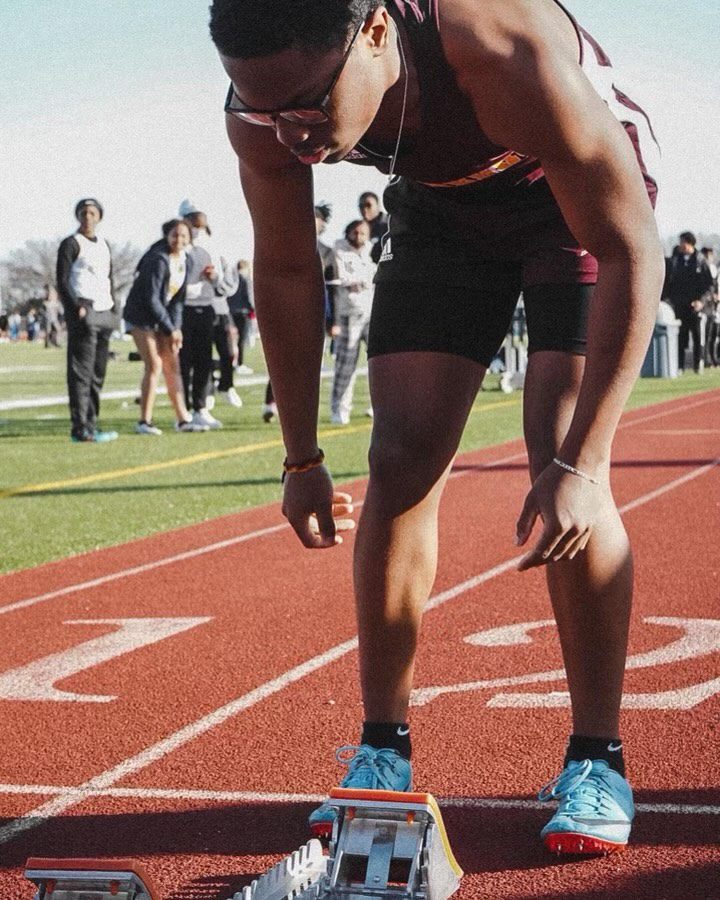 For Nikko Vazquez’s first foray into running, he went out for cross country at Hamilton Middle School in Wichita.

When track season came around several months later, he knew he had found his home.

“He really peaks in the 200,” West coach Chelsea Koenigsman said. “He’s got that ending. The end of the 200 when they’re starting to shut down. He has that second gear.”

His technique is strong, too.

“He’s got really good form,” Koenigsman said. “I’m usually correcting a lot of form, but not with him. He’s got some quick turnover speed, and he knows the events well…. “He’s running times that he was running at the end of last year. That’s exactly what you want.”

“Our goal is to get back to state in the 4×1 and try to win a medal,” he said. “We have a pretty good team. We just have to come to practice and come to work.”

He has the most experience on the relay team, so he’s taken the other members under his wing.

Vazquez, who is the student body president, has worked to get involved in school more as a whole. He has goals — he plans to study exercise science at Wichita State — and track has been important to him.

“Being involved in track keeps me out of trouble,” he said. “I used to be a kid who did bad things, but when I got in track, I started taking things seriously.

“I was teammates with the right people. They changed my whole mindset. When they told me things to keep me on the right track, it changed my life a little bit. I appreciate the people I was running with.”

And now he’s that same person to his teammates.

“He’s a good leader. I hear him in practice all the time — ‘we’ve got to get our grades right, keep them right, show up every day.’ It’s nice to see as a coach,” Koenigsman said.