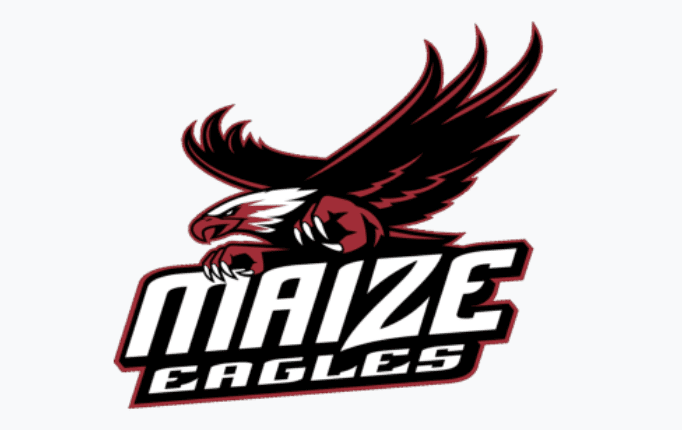 Jay Holmes is back with the Maize girls soccer team after one year of coaching the Newman women’s team.

“I bleed red and black,” Holmes said. “I’ve coached there since 2004, and I love the culture of the school. The administration is so supportive. The athletes, it’s so fun.”

Maize, which is a senior-laden team, is 10-2 after beating Derby 3-0 on Thursday night.

“I just like the fight that they display game in and game out,” Holmes said. “They don’t quit. They like each other. They fight for each other. They’ve grown together. And hopefully that will serve us.”

The Eagles have proven to be defensive-oriented team, giving up eight goals. They have a top-notch back line led by Alayna Runck.

“All of them have signed to play collegiate soccer,” Holmes said. “It’s speed and intelligence…. And then with Alayna in the middle, she has great size and vision. She’s about 6-foot-3. She has great awareness and size, so we win a lot of balls out of the air.”

The Eagles’ two losses are 3-2 to Maize South and on penalty kicks against Bishop Carroll in the Titan Classic.

“We played Carroll twice, and y0u either win or you learn,” Holmes said. “We’ve had to learn from the experiences and change positions. Breckyn Pierce, she’s a two-sport athlete and a Butler commit. She does a great job as a holding midfield role and dictating tempo and the pace of the game.”

After the losses, Holmes made a few changes.

“We learned that we need to have more players in the middle of the field than we had before and our speed of play needs to improve to be more successful against elite competition,” Holmes said.

Haley Rogers, who has committed to Washburn, had 14 goals and six assists through the Eagles’ first 11 games.

“She’s quick, a tenacious forward. She has a nose for the goal,” Holmes said.

The goal against Derby was to focus on offense, as well.

“We need to get off on the front foot from an offensive standpoint,” Holmes said. “We’ve been more of a defensive-oriented team and just really haven’t pushed the ball forward and as deep as we would like.

“We can’t settle for that. We have to get out on the front foot, see the ball go into the back of the net.”