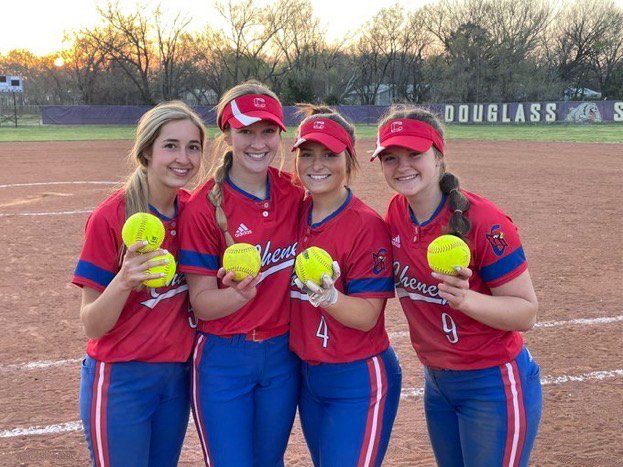 A desire to win isn’t the only reason Brooklyn Wewe has played four sports during her high school career at Cheney.

It just happens to be a byproduct of being an excellent athlete who gets to play with her friends.

“I really enjoy all the people that I play with,” she said. “They’re all my best friends, we’ve always played together.

“As long as we’re having fun and enjoying what we’re doing, we are working for the same goal and winning — so everyone is confident and full of energy. Winning is a bonus.

“I’ve been lucky. All my friends, and the class above and below me, we all have the same drive and want to win. That definitely helps a lot.”

Wewe, who has won state titles in track, basketball and softball, will try to help Cheney (17-3) get back to the Class 3A softball tournament this week. There could be a rematch with Kingman (18-2) in the regional title game if both teams win in the first two rounds.

Kingman swept Cheney in the final week of the regular season.

Wewe has played four sports and finished as one of the teams in each.

But her high school sports career was derailed a bit after she tore her ACL during eighth grade basketball. When she returned to volleyball as a freshman, she thought a shoulder injury was healed.

She missed basketball and softball season due to her labrum, but she was cleared to run. So she went out for track.

Wewe ran the third leg of the 400 relay and helped the team win a title. The team finished second.

As a sophomore, Cheney took fourth in volleyball and was in the final four of basketball. But Covid-19 ended basketball before the semifinals and took out softball season.

As a junior, she helped Cheney win the 2021 3A basketball and softball titles. Volleyball advanced to the quarterfinals of state.

Wewe might still play sports in college, but she’s planning to go to Hutchinson Community College to study nursing.

So much of her life has been focused on playing multiple sports, and she doesn’t regret any of it.

“I would say the best part has been the people. All my coaches. I loved all my coaches,” she said. “Playing with friends, practicing with them, hanging out with them outside of sports.”

But for now she’s focused on helping her team get back to state.

A first baseman, she hits leadoff.

“I like leading off and getting everyone off to a good start,” Wewe said. “I have a pretty good eye. Every now and then I swing at something that isn’t a strike, but for the most part I have a good eye.

“And I have my quickness. So if I can get it in the dirt, I can run it out and get to first.” 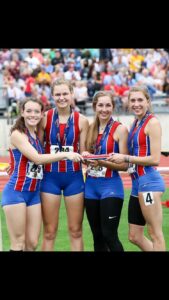 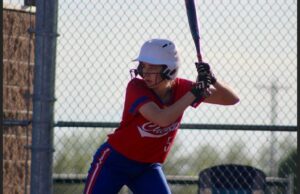 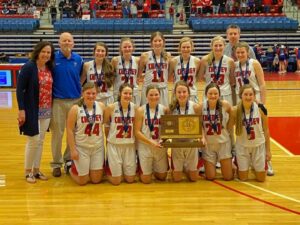 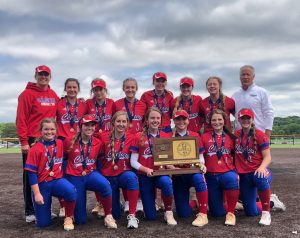 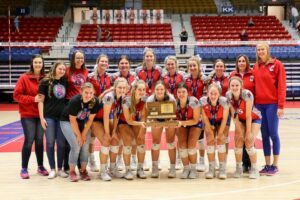