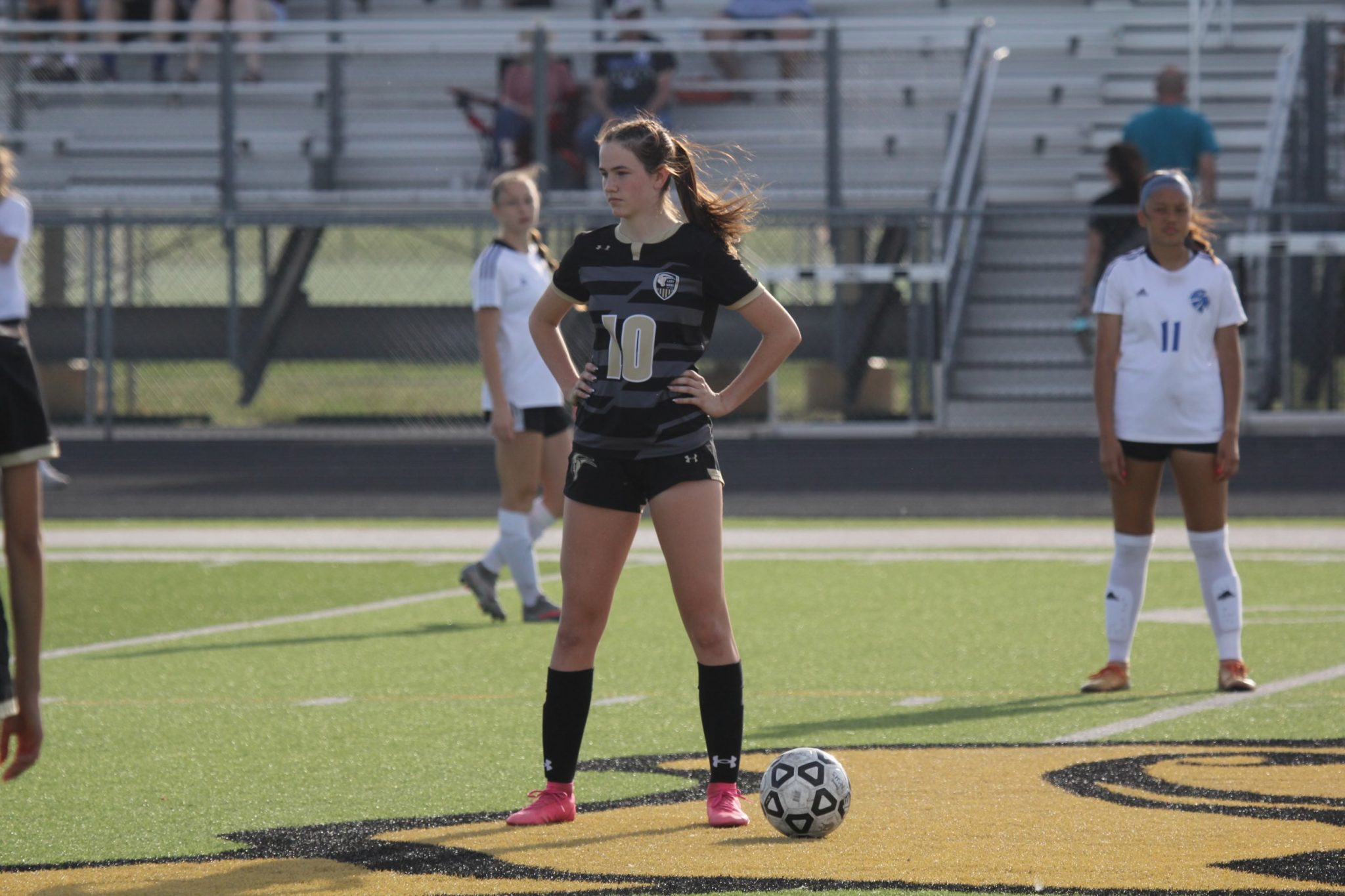 Not one of Maize South’s three goals scored during the Class 5A 3-1 quarterfinal win over Maize was scored by sophomore Kyndal Ewertz.

Which, when you consider she owns the school record for goals scored in a season (34) and in a game (six), it’s easy to understand why that’s a surprise.

“I would definitely say that we’re confident about going to state,” Ewertz said. “… All my teammates are a part of our success. The defense and midfield, they contribute so much to us in winning. It’s not just me scoring, it’s them defending and winning the 50-50 balls.”

First-year coach Rey Ramirez changed the team’s formation to a 3-5-2 in order to utilize Ewertz’s skills.

“All but one team we played is in a 4-3-3 or a variation of it,” he said. “We risk defensively a little bit because our philosophy is we want to outscore our opponents…. We’re sacrificing extra players defensively to get extra players in the attack.

“For Kyndal, in an attacking position, we’ve added players and numbers going forward. This allows teams to not be able to key in on just one player, which they could do if we only played with one attacking player.”

This was vital against Maize when Ewertz was marked all game.

“Kyndal didn’t score and we beat Maize High,” Ramirez said. “She created a lot and she facilitated a lot. With our 3-5-2 formation, having the extra numbers going forward gives us a more dynamic approach and dynamic attack.

“It allows Kyndal to score on many occasions, but if she doesn’t, we have others who can.”

Ewertz has 17 assists on the season.

She has an uncanny ability to score.

“Kyndal just doesn’t miss a lot,” Ramirez said. “A lot of kids, they might need 10 shots to score 1 or 2 (goals). She just two or three. Her scoring percentage on shooting is high. She doesn’t kick the ball at the goal, she finishes. It’s a big distinction there. She’s such a special and uncommon player.”

Ewertz relied heavily on her speed until seventh or eighth grade.

“My speed was a lot more,” she aid. “But now players won’t just fall for you running past them. It’s about doing moves and opening up and making runs, especially in high school when we play teams like Maize and teams in Kansas City. Your speed won’t work against them.”

Ewertz puts in the work, though. After Maize South practices, she’s got other workouts and conditioning.

“What makes her special is her athleticism, her niftiness with the ball in tight spaces and ability to spring with the ball at her feet,” Ramirez said. “A lot of people think it’s just her speed, but to run that fast and control the soccer ball at the same time — and measure the distance for each of your dribbles so precisely with so many defenders coming at her — it’s second to none.”

Ewertz gives Ramirez a lot of credit for her improvement from her freshman season.

“Rey has helped me so much,” she said. “He’s given me so much more advice. With our new formation, it helps me get the ball a lot more and get the space to go against defenders.”

And she plays with little fear.

“In the game, I do get mad and it helps drive me,” Ewertz said. “… Going for the ball, you know you’re probably going to run into the player. You’ll have a chance to get hurt. But all you think about is ‘I have to get that goal, I have to score.'” 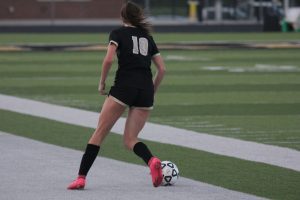