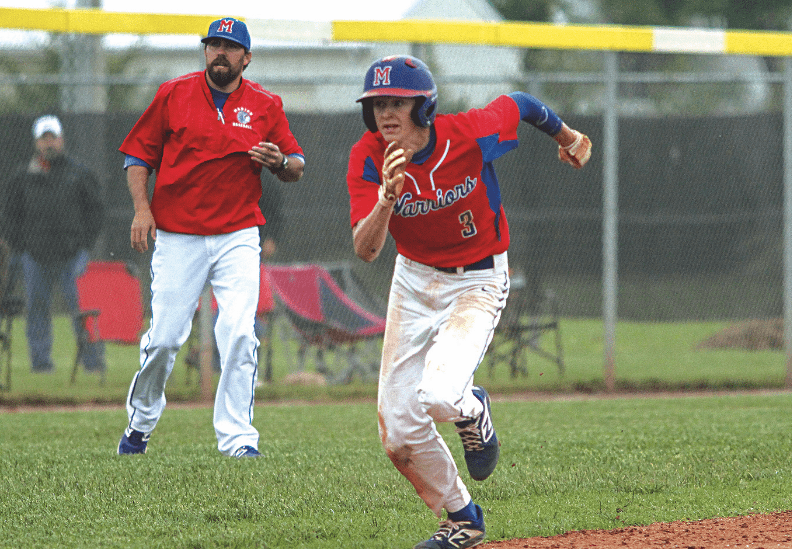 Marion’s quest for the school’s first state baseball championship ended in a 3-2 loss to Elkhart, which completed an unbeaten 2-1A baseball season. Elkhart’s Elian Prieto scored the game-winning run on a wild pitch after singles by Prieto, Lane Whisennand and Chace O’Hair at the Great Bend Sports Complex.

Marion achieved a rare feat by losing to the state champion in three consecutive state tournaments.

“Three straight final fours — two championship game appearances … it’s hard to do much better,” said Marion coach Roger Schroeder. “We’ll look back and realize that it was a fantastic run. I’m fortunate to have the opportunity to coach the senior kids.”

Marion starter Zinn had nine strikeouts in a solid performance.

“Sam threw extremely well,” Schroeder said. “I wouldn’t have changed a thing with the way he competed.”

Elkhart’s Garrett Hall struck out 12 batters in a 87-pitch outing.

“It wasn’t velocity that bothered us, it was the arm slot. It came out real quick,” Schroeder said. “The breaking ball was tight and late.”

Marion (20-2) defeated Kansas City Christian 5-2 and Rossville 9-4 to reach the championship game. The Warriors lost to 3A state champion Sabetha 9-4 in 2018 and dropped an 8-0 championship game to 3A Wichita Independent in 2017.

“I told them how proud I was,” Schroeder said. “We left everything between the lines today.”

Schroeder said the Warriors did everything they could to win a state baseball title.

“We’ve had to deal with it on a big stage three years in a row,” he said. “It’s hard, but these kids are going to be better for it.”

5A SALINA SOUTH – Bishop Carroll escaped with a 2-1 decision over Salina South on a game-ending seventh inning error at the 5A state tournament at Wichita State. Carroll scored both runs on errors.

“We felt like we should have won that game,” said Salina South coach Kris Meis. “We keep fighting. We find a way to stay in the game against teams that are better than us.”

“Wass was crazy good today against a team that averages 10 runs a game,” Meis said. “I’m proud of my guys.”

3A MINNEAPOLIS – The first-ever 3A state baseball trip for Minneapolis proved memorable. The Lions earned their first state tournament victory in school history with a 14-1 decision over Hugoton.

The Lions defeated Sylvan-Lucas 10-0, Hoisington/Central Plains 11-3 and Concordia 7-5 to qualify for the state tournament.