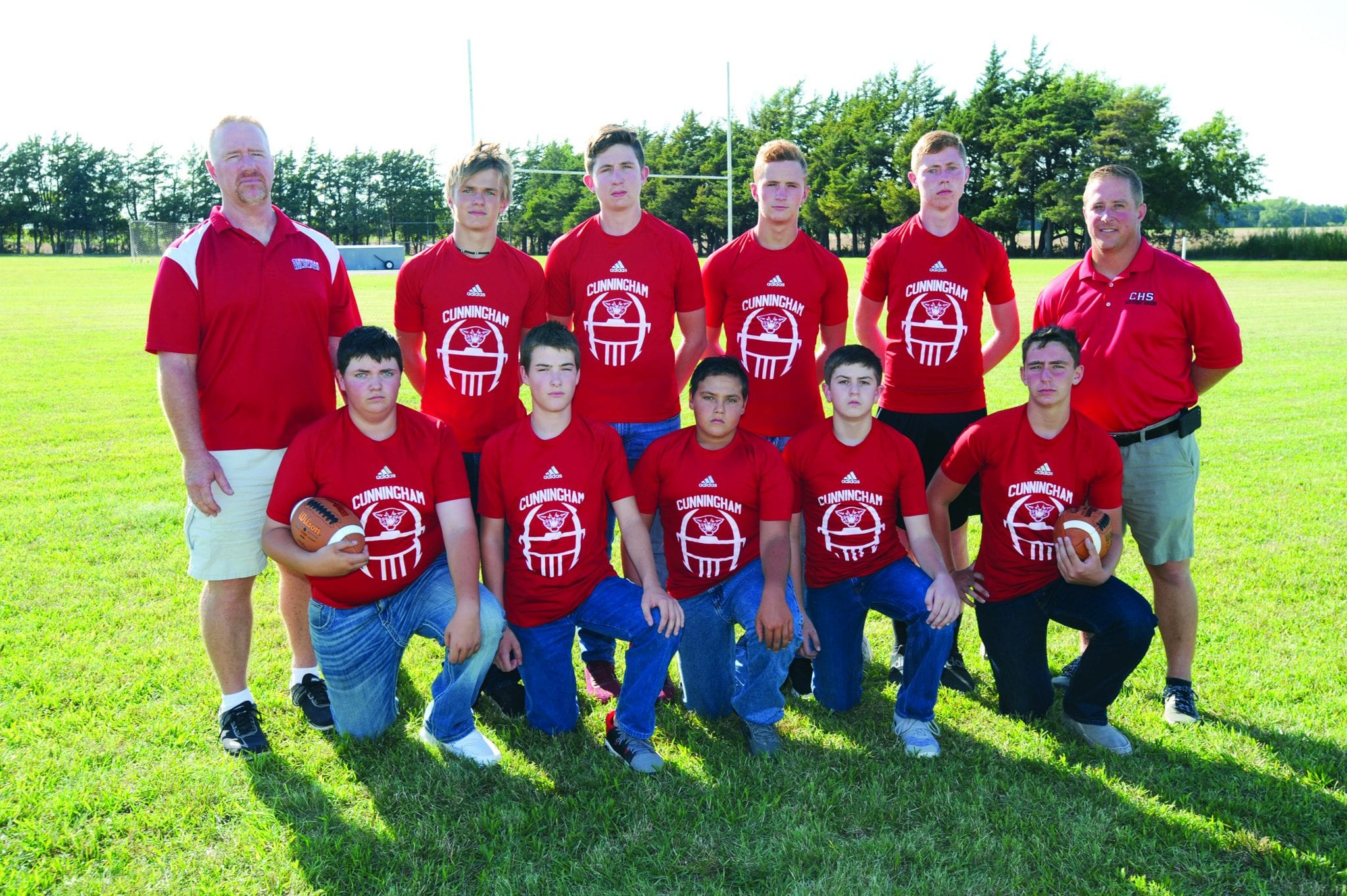 Cunningham football players will play for their school for the first time in four years, after trying co-op agreements with Fairfield and Kingman. (Photo by Dale Stelz)

The Six (Man) Show: Cunningham brings back football, and will be the first area six-man team

Traveling west on the U.S. 54 corridor on a Friday night – or Kellogg, to Wichitans – would provide a buffet of rousing football options, from Goddard to Garden Plain to Kingman.

For a short time, there was an empty leap from Kingman to Pratt, with nowhere on the route to fulfill a football pit stop in between. Cunningham, a program turned vagabond, was out of town, chasing solutions.

When eight-man football on its own became unsustainable, Cunningham flirted with an eight-man co-op to the north with Fairfield in 2015. That relationship was imperfect, so Cunningham tagged along with 11-man Kingman to the east, contributing a few more names to the Eagles’ roster. That was a smooth partnership, but it left the town of Cunningham dormant on Fridays in the fall.

“Having the lights on at home on a Friday night is big,” said Cunningham coach Lance McGuire. “It’s at home. It’s four games. Everybody shows up and everybody watches.”

The answer was not north, nor south, nor with any other school in the area. 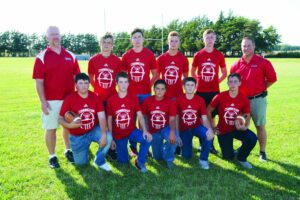 Cunningham football players will play for their school for the first time in four years, after trying co-op agreements with Fairfield and Kingman. (Photo by Dale Stelz)

“I’ve never played six-man. I’ve never coached six-man,” McGuire said, as he concedes the learning curve that lays in front of himself and the Wildcats this season. “YouTube is good. I have had some contact with coaches from other states that do six-man. What works, what doesn’t work, how do you structure practices?”

A brief primer for the uninitiated, which is likely anyone within reach of this magazine – 15 yards for a first down, the person that receives the snap has to pitch it or pass, everybody is an eligible receiver and kicking an extra point is worth two while a prototypical two-point conversion is worth one.

Defensive coordinators without iron stomachs need not venture into these waters. Keeping an opponent under 40 is a wildly successful evening.

“Tackling in space, getting the ball in space, is a pretty big deal,” McGuire said. 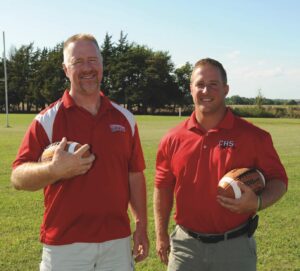 Cunningham is alone as a six-man program in south-central Kansas. Away games on the schedule nearly stretch out of state, including a 294-mile journey to Cheylin (northwest of Colby).

“I reached out last year to some of the western Kansas teams. One of my first questions was, ‘What about travel?’ All of them said, ‘You just do it,’” McGuire said. “Everybody wants Friday night lights on at home, and it’s worth it to do the travel.”

As fielding an eight-man squad becomes a crunch for smaller schools, six-man has become an attractive alternative.

Six-man football is halfway to the necessary 24 teams needed for a Kansas State High School Activities Association sanctioned title game. To get there, more south-central and southeast Kansas programs will need to take the plunge into uncharted waters. Cunningham will be a fascinating test case, and perhaps the spark that turns the stadium lights back on at smaller schools across Kansas.

“I don’t know if it’s a hope, but I think it’s the realistic possibility, that we’ll jump in,” McGuire said.