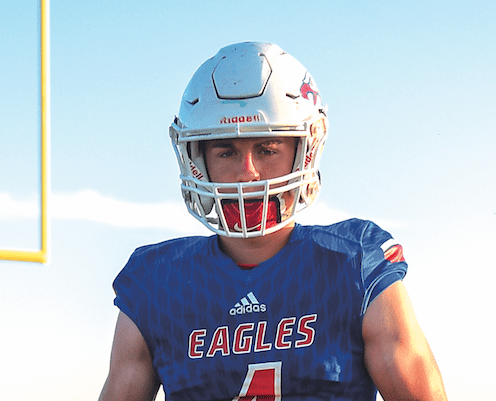 Everett anchors a high-flying offense with 1,278 yards passing and 18 touchdowns last season. He rushed for 1,636 yards. Everett is undersized at 5-feet, 10-inches, 175 pounds, but runs with a physical presence. Canton-Galva coach Shelby Hoppes runs Everett from a shotgun formation with no huddle. Everett and RB Brayden Collins prefer a power running game.

“I’m a downhill kind of runner,” Everett said. “When I need to run fast right now, I can do that. When I need to lower a shoulder, I’m able to gain a few more yards. I give credit to our weight program. Being able to beat someone with physicality or speed is a great asset.” 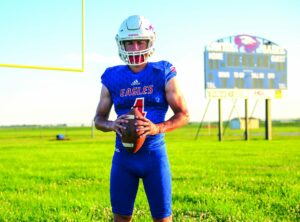 “I always give all the credit to the O-line,” he said. “It is hard to continually move people play-after-play. It’s nice to run the ball and beat a team physically and know you dominated them physically. They get defenders moved and keep them from getting through on a pass rush.”

Struber is a top target with 572 yards and 14 touchdowns. Collins offers big-play running back potential.

“My goal is to take advantage of matchups and run downhill and misdirection,” Hoppes said. “We can run tight ends or wide receivers.”

Everett has challenged himself to read the defense to make sure where’s he’s throwing the football.

“I want to read a defense better pre-snap and seeing if they are running a cover 2 or a cover 3,” Everett said. “I want to get better at checking to a new play to adjust to the defense.”

“He’s got a cannon for an arm and throws accurately on a spot,” Hoppes said. “He makes good decisions and reads coverages. He works hard in the film room watching the other team.”

“When you’ve got your highest character kid playing quarterback, you know you’ve got something special,” he said. “Landon leads by example by giving everything his best effort every day. He definitely leads this team by example by doing the right thing every day.”

Everett thinks like a coach when he talks about his team goals. He’s not worried about wins and losses.

“My goal for our team is to be disciplined all the time and do the little things right in practice and at a game,” he said. “We want to be the most physical team on the field every snap.”